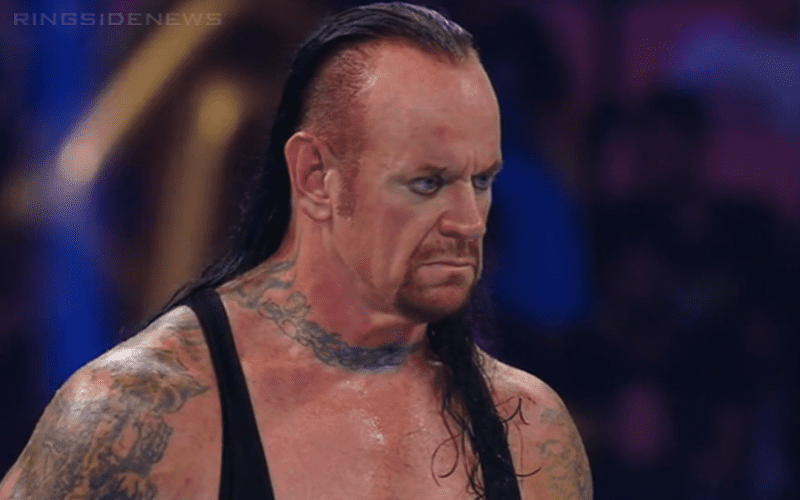 WWE has plenty of Superstars in NXT who could be top names in WWE. However, few of them have a look quite like Damien Priest that could fit Vince McMahon’s image of what a WWE Superstar should look like.

The former Punishment Martinez not only has a look that Vince McMahon could logically push to the moon, but his voice is deep and menacing as well. He drew comparisons to The Undertaker long before making his NXT debut, but now that he’s in NXT, this comparison to Priest and The Dead Man makes even more sense.

When The Undertaker showed up on RAW last night plenty of people were rather shocked. This immediately translated into an Extreme Rules match so it was no secret who The Phenom was after, but Damien Priest noticed as well.

Although Priest only tweeted out: “Hello!” that one word spoke volumes. People immediately started booking this dream match in their heads while debating if there is a more logical person for The Undertaker to pass a torch to.

We will have to wait and see if Damien Priest and The Undertaker will ever get a chance to lock up in the squared circle, but until then we will just have to remain patient to see if they can finally get around to making this match happen.