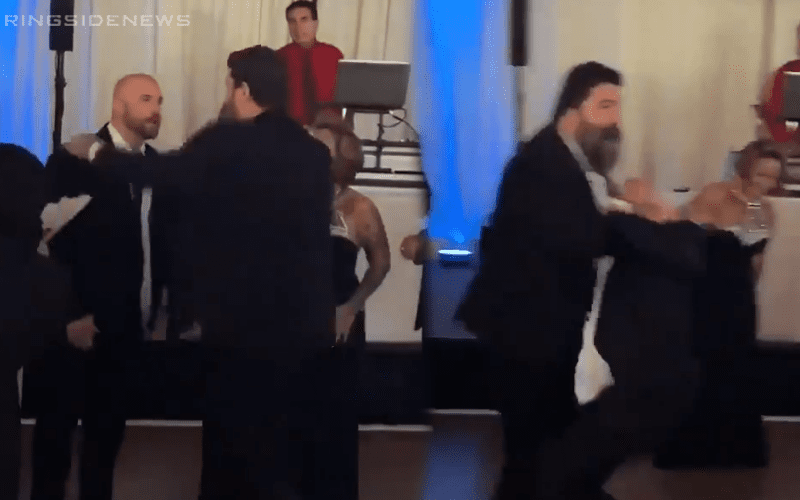 Drake Maverick & Renee Michelle and Killian Dain & Nikki Cross weren’t the only pro wrestling couple to get hitched over the weekend. Maverick’s wedding might have included a WWE 24/7 Title loss, but their reception might not have gone down like this.

Indie wrestlers “The Savage Gentleman” Victor Benjamin and Lady Frost also got married over the weekend and Mick Foley attended the ceremony of the now husband and wife wrestler and manager team.

During the reception Benjamin went into character and told Foley that nobody came to hear him talk and nobody likes him. Then all of the groomsmen revealed pro wrestling t-shirts under their dress shirts and none of them were any of Foley’s faces.

Suddenly, Lady Frost walked up and told her husband to “stop talking” before latching on a Mandible Claw. Some members of the bride’s party followed suit and then Mick Foley pulled out a sock and got in on the fun.

You can watch the video below uploaded by Pretty Boy Smooth below.