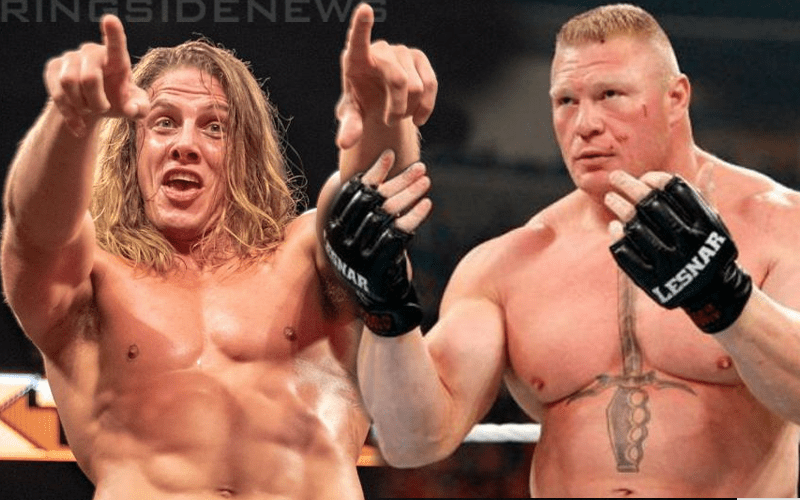 Matt Riddle respects Brock Lesnar, but he still wants to face him and end his career in the process.

RondaRousey’s website recently scored an interview with Matt Riddle where he continued his pursuit of facing Brock Lesnar later on. In fact, Riddle still wants to end The Beast Incarnate’s career to pass on that torch

“You know, I feel you just have to look into his contract. Whenever he does it. I think of it as more of a passing of the torch. And the thing is, it’s like one of those things, I feel like it would be a good way to go out. And I feel like, if it’s going to be anybody… If he’s going to have his last match with anybody… If Ric Flair had his with Shawn Michaels in WWE, I don’t know why [Brock Lesnar] couldn’t have his with me. I think it would be good.”

We will have to wait and see whether Vince McMahon wants to see this match. Because fans can ask for it all day long, but if Vince doesn’t see money in it then it won’t be happening.

Matt Riddle might also be in NXT for a long time so timing might be an issue too. Then again, with the kind of money WWE is throwing around they might never actually let Brock Lesnar retire at this rate either.