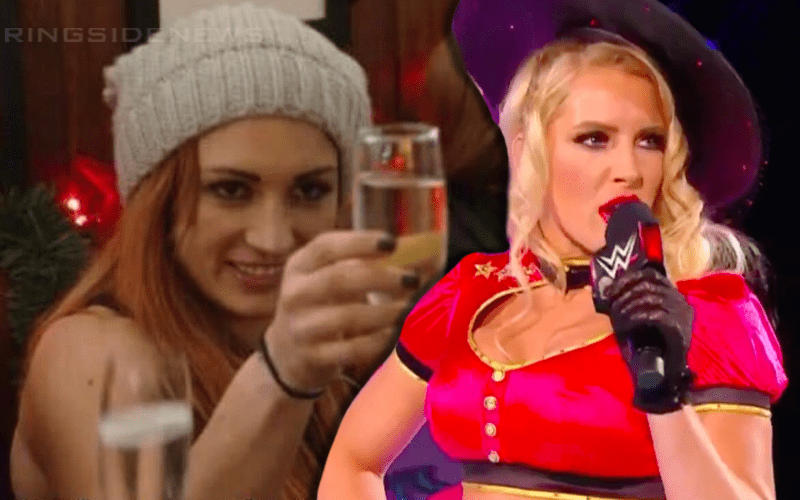 Lacey Evans might be able own her character, but she hasn’t been able to bring it in the ring. This was evident as a worked-shoot looking match on Raw this week was not well received at all.

Becky Lynch had a great view of this match between blondes as Charlotte Flair and Lacey Evans battled it out. They were getting some sort of a groove by the time The Man interrupted the match, but it wasn’t exceptional by any stretch of the imagination.

The Man tweeted out a picture of herself raising a glass to toast in a meme saying “Clink Clink Bitch” with the following caption.

Lacey Evans is the only case I’ve ever seen where a Woman’s Right should be removed.


It’s a good thing that the US Marines taught Evans how to have thick skin because she might need it after this week’s reception.

It might still be a good idea to get used to The Lady Of WWE. Because out of all the women on Raw that Vince McMahon can push we’re seeing Evans in segments with Lynch and Flair.