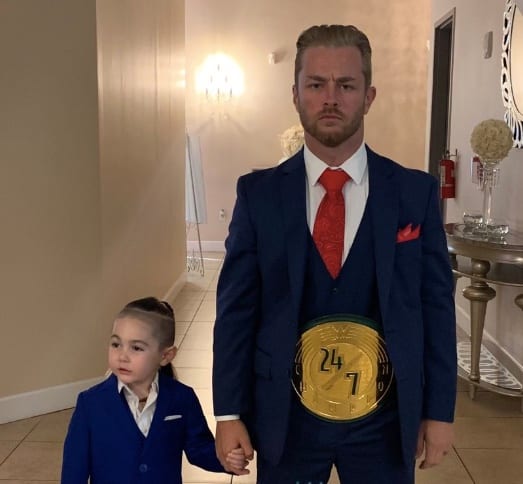 We were all expecting some kind of shenanigans regarding the 24/7 Championship at Drake Maverick’s wedding, and it seems as if that has come to fruition.

Many fans were questioning who would be the one, if any, to capture the title from the groom. As it turns out, it wasn’t a man or a woman that Drake needed to be afraid of: it was a boy.

We’ve all heard about when Matt Hardy’s son King Maxel defeated Drake Maverick, formerly known as Rockstar Spud back in TNA, and it seems as if he’s done it again.

No official video has been released yet of the ‘incident’ but if this winds up being accurate, then you certainly can’t say WWE aren’t willing to take a risk or two in the name of making the WWE Universe laugh.

If King Maxel is indeed the new 24/7 Champion, which is a bizarre sentence in itself, then it would make him the youngest champion in WWE history by a country mile. Prior to Maxel winning the title, the triumph of Nicholas back at WrestleMania 34 alongside Braun Strowman served as the previous record holder. Funnily enough, Braun was also present at Drake’s wedding.

The question is: if Maxel is the champ, who on earth is going to pin a child in order to win the title? Will he simply just hand the title off to his father Matt? Nobody knows, but this is getting wackier and wackier by the minute and we absolutely love it.