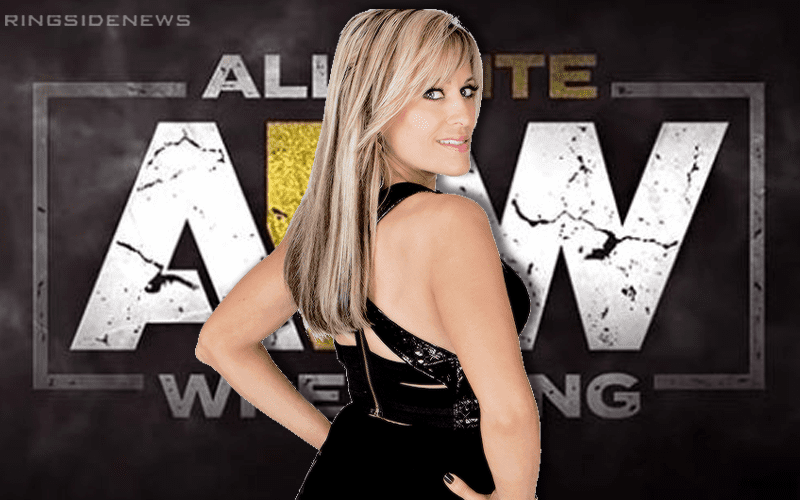 Lilian Garcia has seen a lot in the pro wrestling business. She has announced a ton of Superstars as they made their way to the ring, but now she is certainly paying attention to the new company in town.

Garcia recently spoke to Sporting News and said that even Vince McMahon himself said that competition is a good thing. So hopefully, this will bring a new booming period for the business.

“Look, I think any time you have competition, it’s good for everybody,” Garcia said. “Look at what it did for WCW and WWE. Competition brings more attention, it makes people even better and work even harder all the way around – from the Superstars to the writers to everybody. Competition is good in life. And I think it’s great because it gives a platform for more Superstars to even work. I’m all for competition and Vince McMahon himself has said he’s always up for competition, so no one is complaining.”

Justin Roberts is AEW’s ring announcer so don’t expect to see Lilian Garcia step in an AEW ring at this point. However, you can never say never in pro wrestling. She has a lot of talents such as being able to sing the Star Spangled Banner and she can thank The Rock for that gig.

AEW is not slowing down and they are certainly gaining a lot of attention. As their new deal with TNT draws closer we might be able to see some big things from them. Hopefully, WWE will be able to step up their game and acknowledge this new competition to better things for pro wrestling fans everywhere.