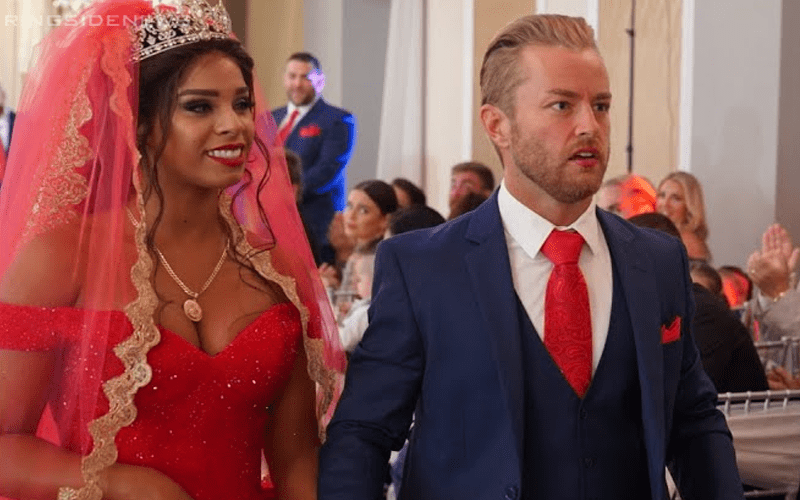 Drake Maverick thought it was a good idea to get married while wearing the WWE 24/7 Title. However, that didn’t turn out to be the best decision.

R-Truth crashed Maverick’s wedding and became the WWE 24/7 Champion once again. However, this was all Maverick’s idea and WWE “loved it” according to PW Insider.

It is reported that the footage of the title change was filmed after the official wedding took place. NXT writer Joseph Belcastro actually played the reverend who officiated the fake wedding.

People like EC3, Braun Strowman, Jeremy Borash, and Cheerleader Melissa were actually a part of the wedding party as well. There were also plenty of other pro wrestlers in the crowd that you might not have seen such as Diamante, Kiera Hogan, Natalya, and TJ Wilson.

There was also reportedly other footage filmed during the festivities, but it’s unclear when it will be used just yet.