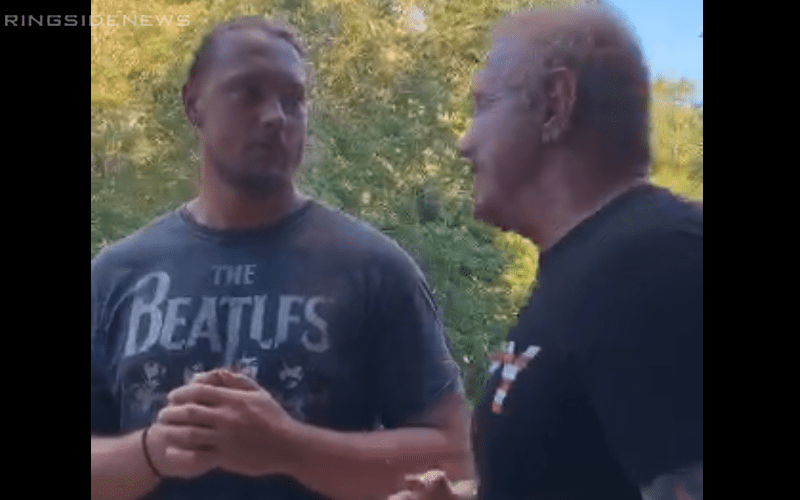 Big Cass is back taking dates after really worrying a lot of fans about his health. He is in much better shape now and he was recently BBQing with DDP.

He was set up with DDP after his health crisis and things look to be going very well. While at DDP’s place, the WWE Hall Of Famer walked us through his own special grilling recipe. Marc Mero was inside as well, but Caz XL had a great time shooting the breeze with the master of the Diamond Cutter.

No matter what you call him now, Caz is still looking great and worlds better than the did six months ago. It’s great to see he’s doing much better as well.

Caz admitted to being an alcoholic and a mess, but now that he’s apparently hanging around with DDP you can’t get much better of an influence than Diamond Dallas Page.