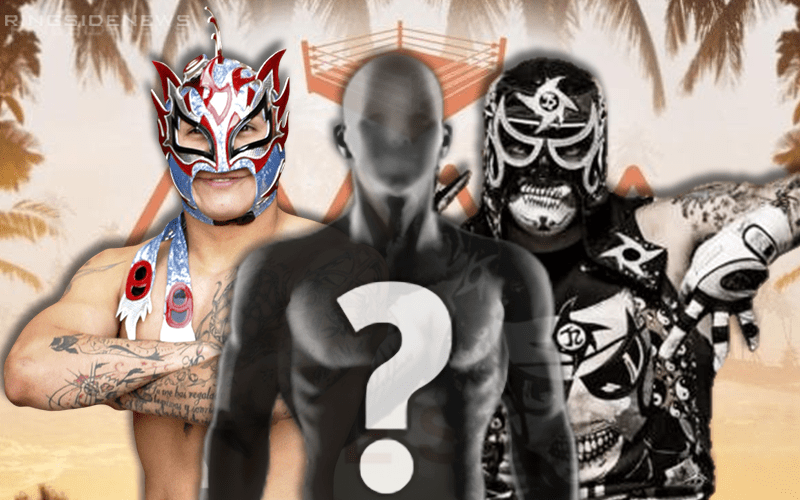 AEW Fyter Fest is June 29th and one big drawing point for the card is Kenny Omega and The Young Bucks vs The Lucha Brothers and a mystery partner. We discovered who that mystery partner is this week in The Laredo Kid, but there is an interesting reason why.

Of course, that match was originally Pac, Pentagon Jr, and Fenix vs The Elite, but Pac was removed from the match. Then a mystery silhouette was put in his place until The Laredo Kid was named in the role.

Dave Meltzer said on Wrestling Observer Radio that Laredo Kid vs. El Hijo del Vikingo at a recent AAA show was so impressive that The Elite wanted them on the show. Since Laredo Kid was the only one of the two with a visa he was given the spot at Fyter Fest.

It is reported that due to AAA’s Madison Square Garden event everyone on that show will likely get visas which will include Vikingo so he could pop up in AEW eventually as well. However, it was also noted in the Wrestling Observer Newsletter that that MSG could always be nixed due to poor ticket sales.