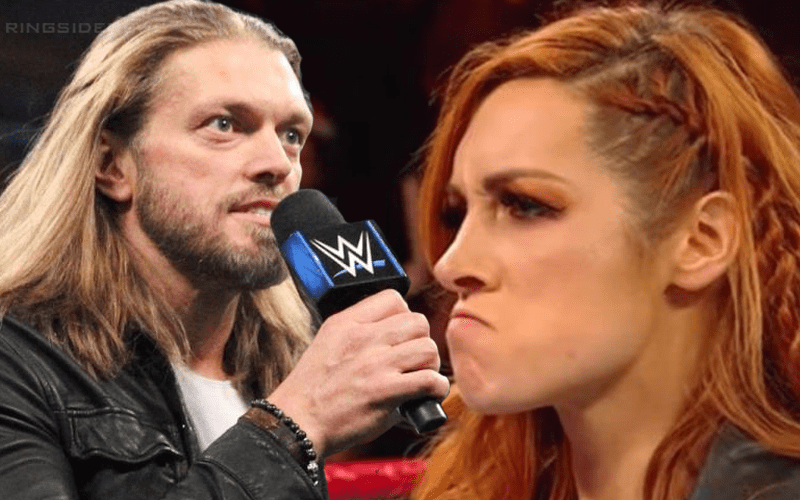 Beth Phoenix might not be replying to Becky Lynch just yet, but The Man really wants The Glamazon’s attention. So Becky Lynch and Edge have been throwing bombs on social media all day. In the meantime, Edge is answering back in the same way that Lynch took her shot.

Becky Lynch updated her Twitter profile to take a shot at Edge while trying to get Beth Phoenix’s attention. It didn’t take Edge long to alter his Twitter profile in the same way to answer back to The Man.

Edge decided that he would include a little shot at Seth Rollins’ former relationship and how badly it ended. After all, Rollins ended up with a rather private photo tweeted out on his own social media when things were all said and done.

Psst, The Man since we’re telling secrets and talking past relationships, make sure your man doesn’t send you those pics, didn’t work out well for him last time

It will be interesting if Beth Phoenix is going to answer back. She has a great opportunity to make an in-ring return because The Man is calling her out.

With SummerSlam coming up as WWE’s next pay-per-view it really makes us wonder if WWE might be doing a slow burn toward that big event in Toronto. After all, if Edge is going to come back and wrestle one more match a mixed tag with his wife Beth Phoenix vs Lynch & Seth Rollins sounds like it has a lot of money in it.