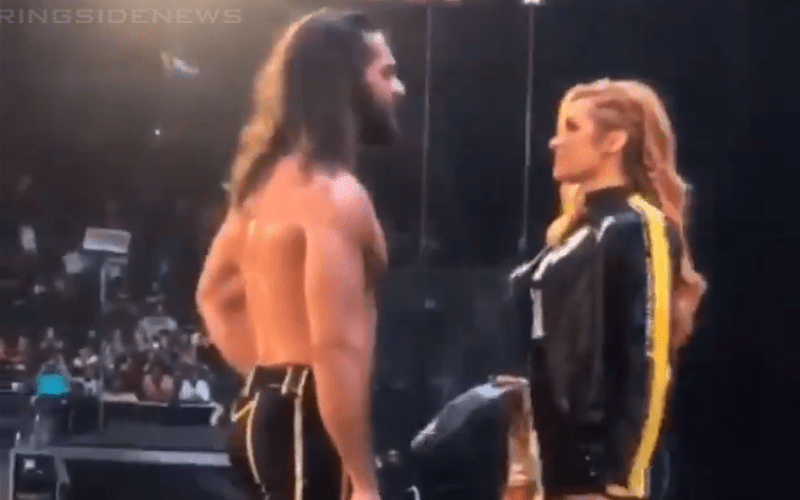 Becky Lynch and Seth Rollins are both champions in WWE and they are also in a relationship. Fans rarely get to see them together, but this week after RAW the fans in Kansas City got a pleasant surprise.

After RAW was over Becky Lynch came out as Seth Rollins was leaving. This provided a rare opportunity for the two to get face-to-face in front of the WWE Universe.

They both stopped at the ramp and shared a brief interaction and although it’s not clear what was said because The Man’s music was so loud we can only assume it was something like “I’ll take it from here” or something like that. Because after Becky left, Seth took a moment to stand there with a smile on his face watching her walk off.

During the dark match that followed Becky Lynch defeated Lacey Evans with a Dis-Arm Her and not her new move that looks like a pump handle Rock Bottom.

So Evans and Lynch are still working with each other in that respect. Hopefully, if the two do meet again it will be better received than their Money In The Bank confrontation.

As for Lynch and Rollins, if they’re not a team for Mixed Match Challenge season 3 fans should start a petition.