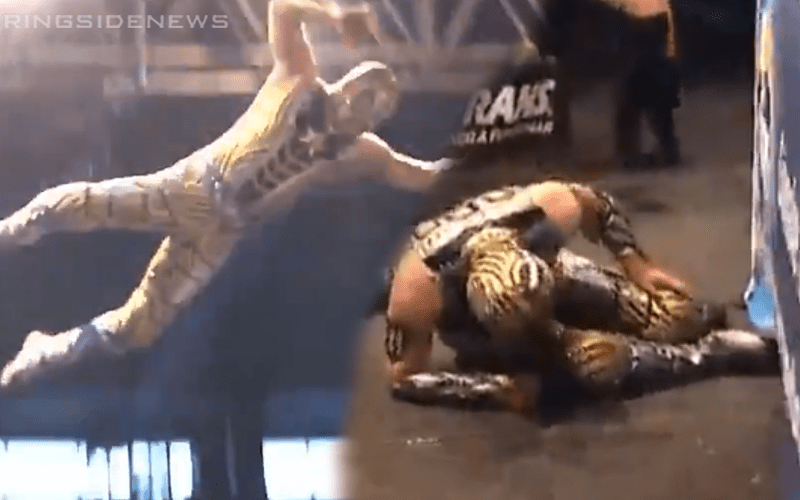 Aero Star was supposed to jump off the lighting rig onto two competitors at the Verano De Escandalo event in Merida, Yucatan, Mexiko. However, it turned into something pretty scary.

Two men were supposed to catch him, but only his lower half got caught causing him to flip over and land hard on the ground. We were all holding our breath, but apparently, he’s okay.

Bryan Alvarez said on Wrestling Observer Radio that Aero Star suffered a concussion, but he’ll be fine. Hopefully, he’ll be able to take it easier for a bit after that scary dive.

Aero Star was out at the bar after the show and he was having a great time. So he’s okay which is pretty amazing after taking such a fall. It should be noted that he was seen this morning in the airport wearing a neckbrace.