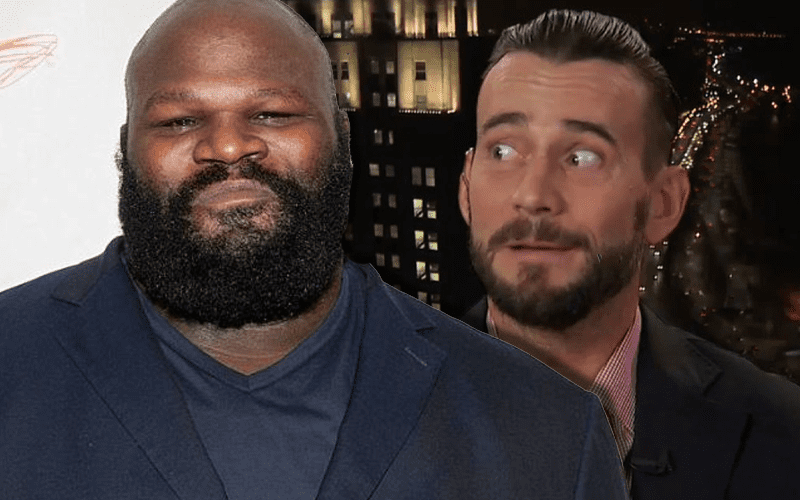 CM Punk hasn’t wrestled since walking out of the 2014 Royal Rumble event, but you can never say never. Because Mark Henry seems to really believe that CM Punk could be coming back.

During Busted Open Radio, Mark Henry was asked if he believes the Second City Savior will ever make a return to the ring. This was met with a resounding yes as The World’s Strongest Man explained his reasoning.

“I do and the biggest part of that reason for me saying that is I know how much he loves wrestling. The issue with wrestling and Punk is there are guys out there in the wrestling outside the WWE at that time like Colt Cabana who is really good and who I like and I like to hear him on the microphone — there’s no weakness and he felt like – ‘Wow that guy can’t get a shot?’ And this dude — there’s people just like any sport you have the starting 5 on the basketball court and you’ve got these other seven guys who are obviously not as good as the ones on the floor.”

”Sometimes on pro wrestling there are guys on the bench that should be on the bench and you’ve got guys that should not be on the bench. They should be playing and Punk did not like that. He’s like ‘put the best people out there no matter what they look like. If they’re good the fans will love them for being good. They won’t care if they don’t have a six-pack or an eight-pack.”

Perhaps the changing in the tides in regards to the pro wrestling scene might be enough to tempt CM Punk into having another run in the business. He can do whatever he wants to do at this point.

However, he has also dropped some pretty strong hints that he won’t be showing up in AEW or anywhere else. So it might be best not to get your hopes up quite yet. Then again, that might make his return even more exciting if it does happen.