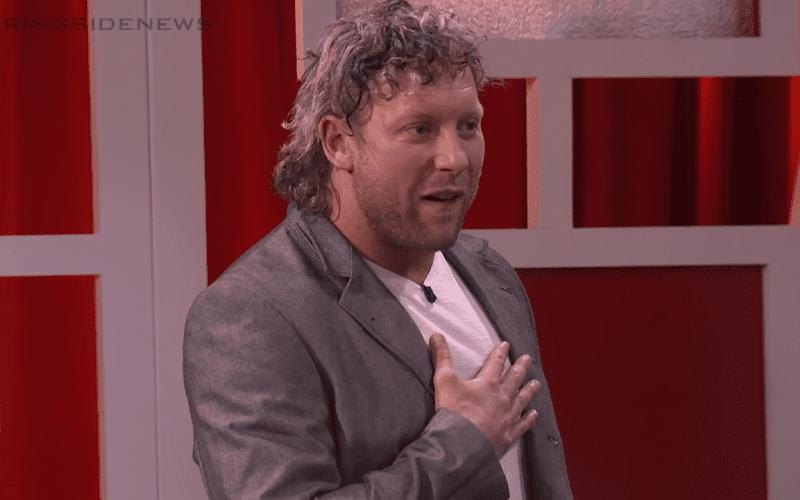 AEW is going to be presenting a new alternative for pro wrestling fans. Kenny Omega is also going to use his influence in the video game world to bring in as many cross-over fans as possible. Therefore, an All Elite Wrestling video game might be very helpful to accomplish that.

While playing a little Mega Man 2 with GS TV, Kenny Omega was asked if AEW had video game aspirations. Of course, that is a goal of the company. In fact, Kenny Omega explained that it is an ultimate goal.

“You know that’s the ultimate goal. I mean we’re trying to be an alternative. Something very different. So WWE, they have their 2k license — 2k franchise — and it’s great and a lot of people have fun with it. You know I recently worked on the New Japan Fire Pro Wrestling and I love the Fire Pro Wrestling franchise, I don’t know if you’ve played it or not, it’s great.”

“What I’m trying to do is restore an old franchise. I want people to have fun with wrestling games like they used to do when I used to play wrestling games in high school.”

The entire time he spoke, The Cleaner was being distracted by playing Mega Man 2 for the first time in forever. He wasn’t having the best time either as he tried to multitask by playing a difficult game and doing an interview at the same time, but he did better than most would have.

AEW might have a video game in their future, but that will probably be a project for the future. However, with the momentum they have right now you never know how fast they might reach that point in the company’s evolution.