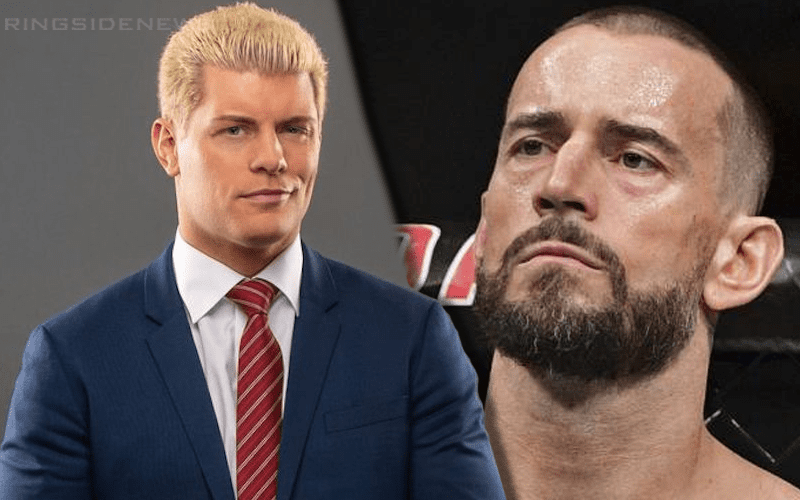 CM Punk hasn’t wrestled a pro wrestling match since he walked out of WWE at the 2014 Royal Rumble. However, you can never say never in pro wrestling.

Cody Rhodes said that AEW would be willing to do whatever it takes to sign CM Punk if he’s interested. The problem remains that he doesn’t seem to be willing to come in.

While speaking to ComicBook.com, Cody Rhodes said that if AEW is ever able to sign CM Punk that won’t take away any spotlight on their other stars. In fact, they want to make sure that they don’t do their current roster a disservice by concentrating so much effort into bringing him in.

“Guys like Jungle Boy. Guys like MJF. Ladies like Kylie Rae, Britt Baker. If I was to spend all my time in trying to recruit just one CM Punk, I would be doing a disservice to them. I felt, in the past, with my own career that a disservice that has happened to me on occasion about putting someone ahead of me. You always hear the discussion of part-time, this and that. I don’t want to go too far there, but I want to make AEW about performers we have.”

AEW did put stars on their All Out graphic which a lot of fans have interpreted as a sign that CM Punk could be close. It might not be a good idea to hold your breath, but if anyone is going to pull CM Punk out of pro wrestling retirement it’s going to be AEW.