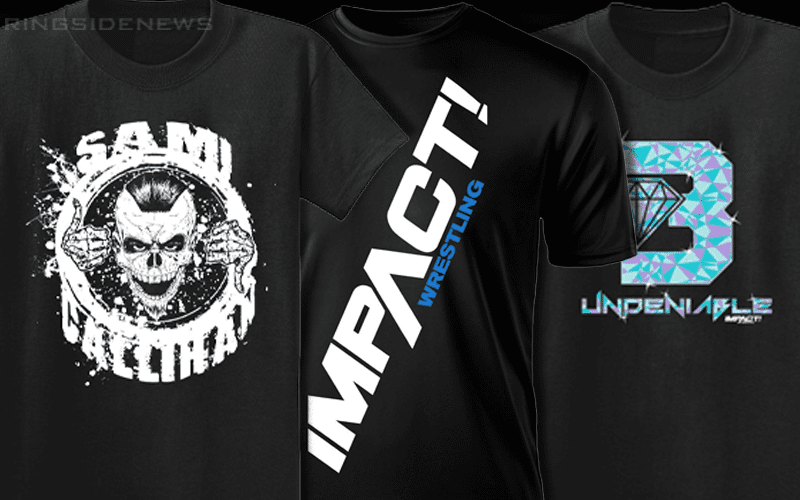 Professional wrestlers can sometimes make a lot of money on their merchandise, but often times they don’t have a company making merch for them. Therefore, most wrestlers have opted to go the indie route and have t-shirts made up. Impact Wrestling is putting a stop to them promoting their merch on television.

This means that they can no longer wear merchandise that they have available online that isn’t through the company. There doesn’t seem to be a loophole about this either even if a talent doesn’t have officially licensed Impact Wrestling merchandise.

This is somewhat troubling, but it also makes sense from a business perspective. Still, you can’t help but feel for the stars who aren’t allowed to plug their own merchandise anymore especially if they’re locked into an Impact Wrestling contract where they don’t make much money at all.