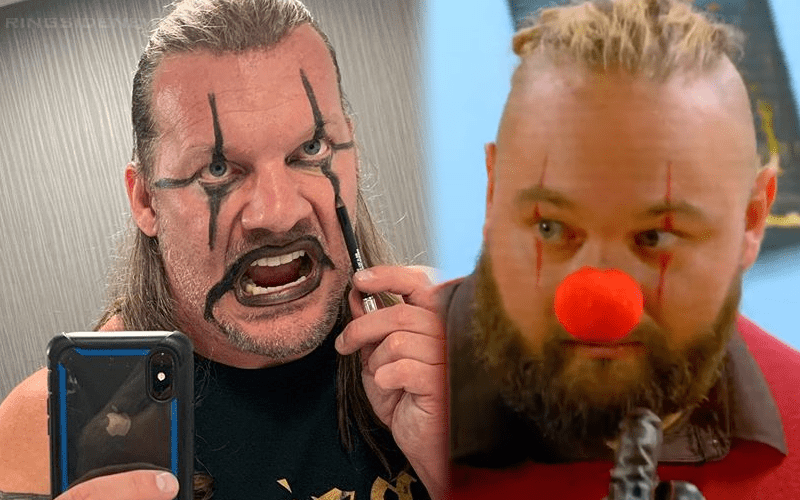 The rise of Bray Wyatt has been an ongoing development that fans have been keeping their eye on, hoping that it’ll turn into the much needed push towards the main event scene that we’ve all been hoping and praying for.

So far, so good for the former WWE Champion, who has been able to reinvent himself in ways that few are often able to do. Now, all he needs to do is take that next step – and we’re all eagerly waiting to see whether or not WWE will be able to handle that accordingly.

One man who also seems to be interested in Wyatt’s next move is Chris Jericho, who isn’t afraid to cross enemy lines and poke fun at the Eater of Worlds.

This seems to indicate that Y2J is indeed a big fan of Bray’s, but then again, that isn’t exactly news. These two have had a series of interactions over the years in their tenure with WWE, although their matches never really seemed to reach the heights that fans would’ve desired.

Either way, we’re at a point now where quite literally anything Y2J says will turn heads on social media – and that’s not exactly a surprise.

He’s able to cause a great deal of discussion based purely off of his words, and that’s a powerful tool to possess in this weird and wonderful world of professional wrestling.

Who will he go after next? We have no idea, but we’ll all still be keeping an ear out.