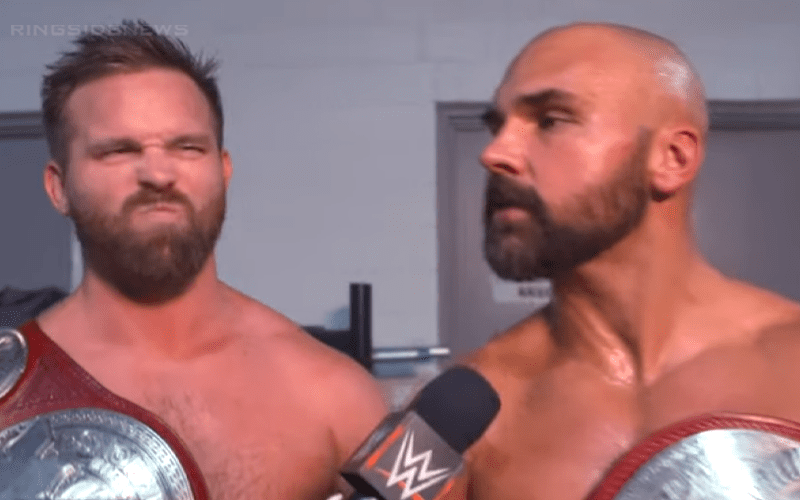 The Revival are now two-time RAW Tag Team Champions after RAW this week. The Top Guys were very happy to have those titles back as well.

Zack Ryder and Curt Hawkins held the titles for longer than most expected, but they certainly didn’t get much of a spotlight as champions. Now Dash Wilder and Scott Dawson are back on top which is where they like it.

After their big win Kayla Braxton was interviewing them when Shane McMahon came up to congratulate them. They are living it up as heel champs and said it is what they live and breathe for.

Scott Dawson also commented saying: “Not saying we’re the best but til they find something better we’re here, no fear, write me a letter, til then.”

We will have to wait and see how long Dash and Dawson are able to hold onto those titles, but it looks like WWE is doing whatever they can to keep the Top Guys happy. Maybe they’re aware of the hidden message Cody Rhodes sent #FTR during Double Or Nothing as well.