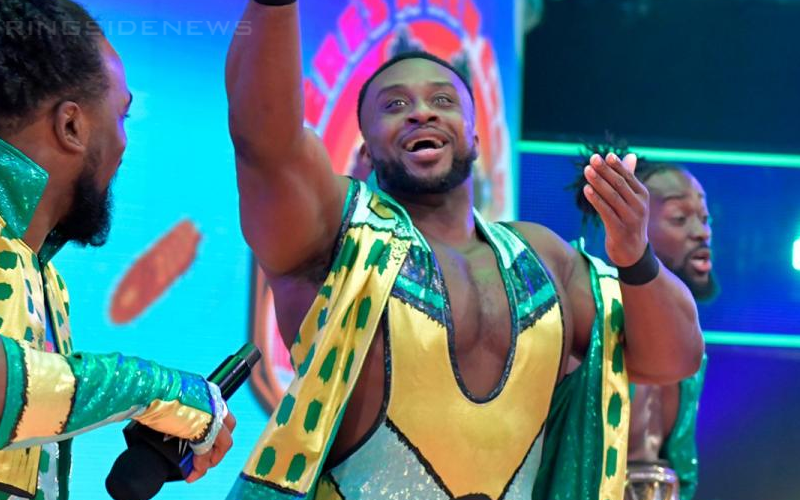 Big E has been out of action with an injured knee that he hurt shortly after WrestleMania. He didn’t get to enjoy much of Kofi Kingston’s reign as WWE Champion, but the good news is that Kofi is still the champion and now Big E is back.

E came back to WWE television a couple of weeks ago, but he didn’t compete. Instead, Kevin Owens supposedly jumped him backstage and re-injured his knee. Now it appears as though Big E is back.

A big six-man tag team match is booked for SmackDown Live tonight. The New Day will be in full-force once again as Big E is coming back to join Kofi and Xavier Woods to face Dolph Ziggler, Kevin Owens, and Sami Zayn.

This is a great match for Big E to come back with because he won’t be required to work a full match by himself. He can rest on the apron and do as much as he can. Hopefully, this isn’t a swerve and he will actually be returning to action.

In the meantime, Big E has been plenty busy on social media trying to get with Becky Lynch’s mother.