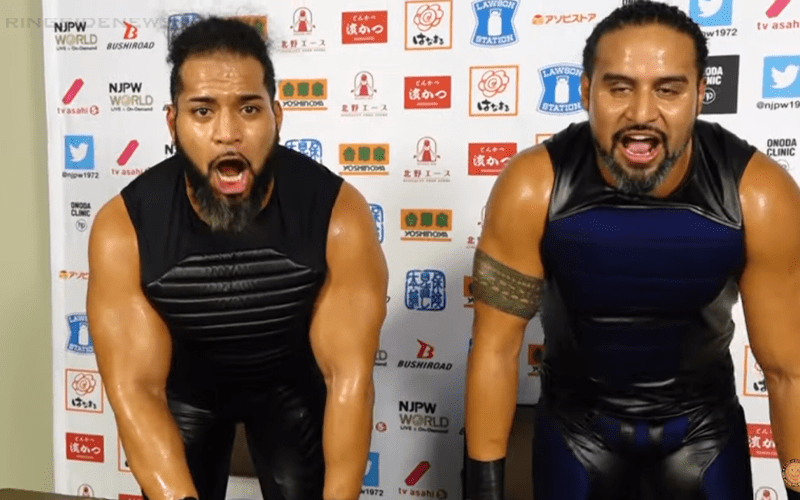 The Guerrillas Of Destiny love to cut promos and they are ready for stiffer competition.

Tonga opened up in the press conference following NJPW Dominion. He wants new blood and then he proceeded to call out some Top Guys and The Usos.

“Here’s what we want. We want some new f-cking blood. New blood. When we said this is an open invite, open challenge, an open invitation to anybody and everybody, including their mother, their mother’s daughter, their daughter’s cousin’s best friend’s dog’s pet, insects, whatever the hell y’all got… it’s open. You want some of us? Come, Usos. Come… hey, FTR… Forever The Revival, come get some, huh? Don’t let the fence over there block you in. Come out to the open and play, boys. Come put to the open,”

The Usos just re-signed multi-year deals with WWE. So they’re not leaving any time soon. If they hadn’t signed new deals Jimmy and Jey would be gone from WWE already. However, The Revival could always be a possibility, but it might take some time.

The current RAW Tag Team Champions are still with WWE until around WrestleMania next year. WWE is also locking Dash Wilder into his deal for even longer because he had to miss three months in 2017 when he was taken out of action with a broken jaw.