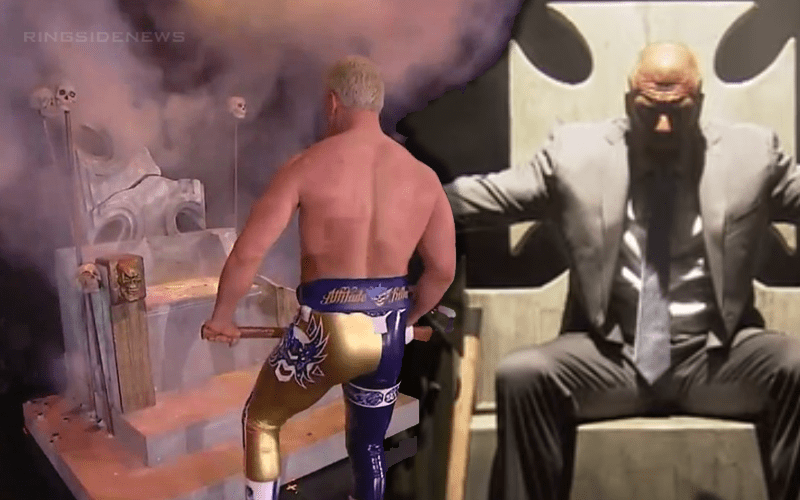 Triple H was obviously paying attention to AEW Double Or Nothing and one very clever spot had to catch his eye as Cody Rhodes destroyed a throne that looked like it belonged to The King Of Kings.

Cody Rhodes explained the symbolism behind destroying that vacant throne in AEW. He will be a wrestler first and then an executive, but most just saw it as a big warning shot across companies.

The throne destroying bit was so popular that it even has merchandise. Jon Moxley also popped pretty big when he heard about it while hiding out backstage before his Double Or Nothing debut.

Although this might have been totally by accident, the throne is back in WWE and it’s not even WrestleMania time. Triple H was seem sitting in that throne for a hype video declaring that The Game will be competing in Japan during their next mini-tour.

That will probably help sell some tickets, but you also have to wonder how many of those Japanese fans saw Double Or Nothing too.