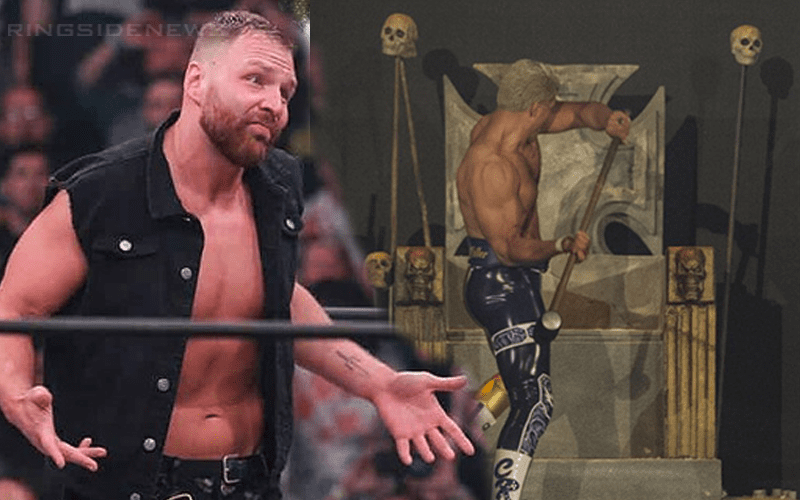 AEW Double Or Nothing included many outstanding moments that people will be remembering for a long time. During Cody Rhodes’ entrance he gave fans another big event when he destroyed a throne with a sledgehammer.

Rhodes later explained that it was meant to be a sign that he will be a wrestler first and then an executive. However, most fans just saw it as a big shot at Triple H.

Jon Moxley was asked about this spot during an appearance on Flip the Strip on 840 KXNT. Moxley explained the meaning again, but he had to admit that when Cody told him about it while he was hiding before Double Or Nothing that he loved the idea.

“I thought it was awesome. Obviously, the symbolism. What he wanted to symbolize is he is going to be a wrestler and not an executive. But, art is open to interpretation. If you wanted to say it was him smashing Triple H’s throne with Triple H’s stupid sledgehammer, then that is what it is to you. I loved it. He told me he had an entrance while I was hiding out, he told me what it was, and I was like oh man, high five.”

Cody Rhodes planned something special for his entrance that fans won’t soon forget. If Triple H actually watched Double Or Nothing too then he probably won’t forget it either.