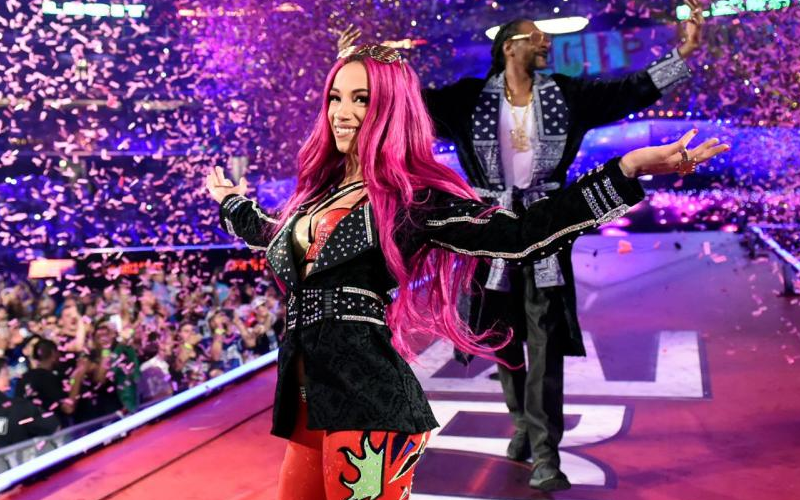 Sasha Banks has a lot of opinions, but she might not be able to speak her mind about everything right now. She is still under WWE contract which is posing a big issue since she is rather limited as to what she can say and do. However, Banks can certainly let others do the talking for her.

Banks hasn’t been seen on WWE television since WrestleMania. She did show up in NYC a couple of weeks ago to meet with Vince McMahon and a return is expected this Summer, but it hasn’t taken place yet.

The Boss was able to make a WWE 2k20 video shoot as well, but that didn’t involve her being in the ring at all.

Some fans quickly noticed that Sasha Banks like a very observant post on the IWC from @TooSweetMania that could sum up how she feels about WWE right now. The fact that she liked the tweet certainly seems to illustrate that The Boss agrees.

With every passing Raw and SmackDown I grow less and less interested in the product. I’m starting to realize that I’m supporting a sh*tty company for its past greatness rather than critiquing it’s current bullsh*t. I can’t even sit through Raw or SmackDown anymore.

This could indicate that Sasha Banks has no patience for WWE anymore and she might not even be able to sit through a full episode of their television shows at this point.

We will have to wait and see if Banks does eventually make a return, but as long as she’s liking posts like this it might not be the best sign.