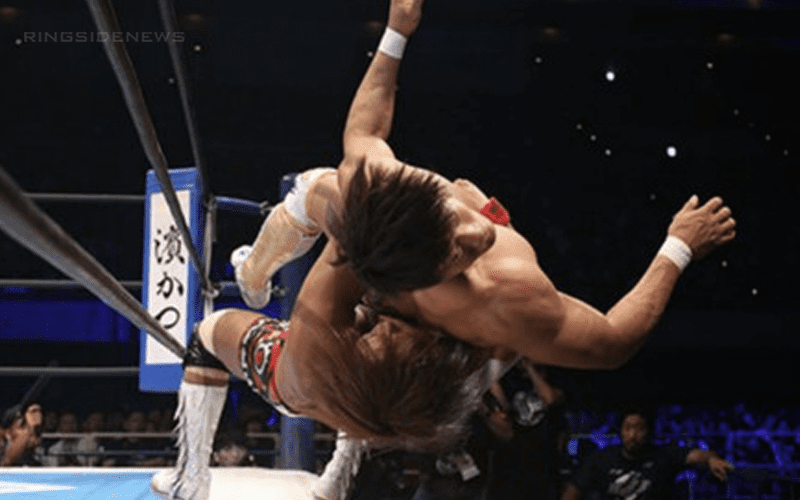 Kota Ibushi lost the IWGP Intercontinental Title to Tetsuya Naito at NJPW’s Dominion pay-per-view in a brutal contest. The Golden Lover member took some hard shots to his head and neck including one especially concerning knock to the side of his head after a German suplex off the ring apron.

Dave Meltzer noted on Wrestling Observer Radio that Ibushi is fine, but the extent of how okay he is isn’t known yet. At least Meltzer received word that nobody was legitimately injured during Dominion.

“I don’t know how badly hurt he is. I know that he’s responsive, I know he can talk after the match.”

“As far as like when is he gonna be able to wrestle again I don’t know.”

This might not be very helpful, but at least he didn’t have to go to the hospital. Meltzer continued to say that he heard “all of the foreigners are fine and all of the Japanese are fine, but nobody’s talking about Ibushi.”

Dave said that he spoke to “one of Ibushi’s friends who said he’s fine to a degree.” Whether Ibushi is “fine enough to be working the G1 in a couple of weeks — that we don’t know.”

Kota Ibushi could have been a big part of the G1 Climax tournament. After such a hard match at Dominion it’s unclear if he will be wrestling again that soon. All we can do is hope for the best, but it still might be a great idea for him to stop taking so many risks in the meantime if he wants his career to have a long future.