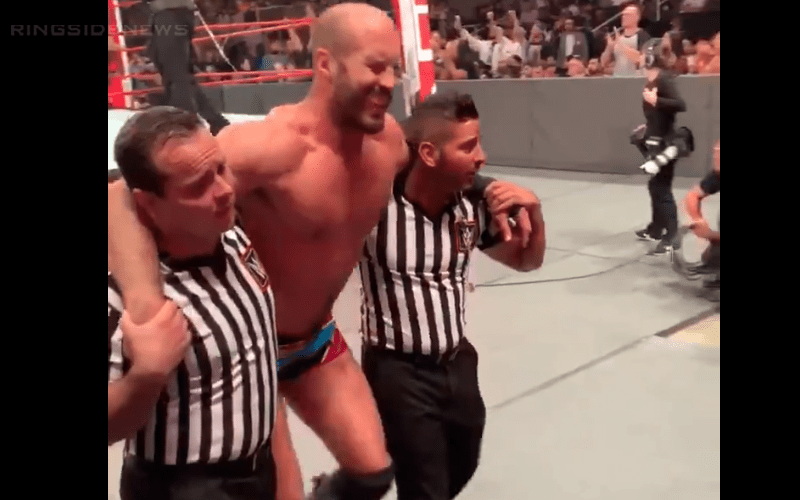 Cesaro took the pinfall on Raw this week during a six-man tag team match. After it was all said and done, officials had to lead him off and things might not be good.

Ricochet nailed Cesaro with his signature 630 Splash finisher, but he hit a little low. Instead, The One And Only landed right on Cesaro’s leg.

After the match Cesaro couldn’t put any pressure on his leg at all as you can see from the video below. The Swiss Superman was then helped off by a couple of referees and he appeared to be in a lot of pain.

Hopefully, Cesaro is okay. We will let you know as soon as we hear anything else here at Ringside News.