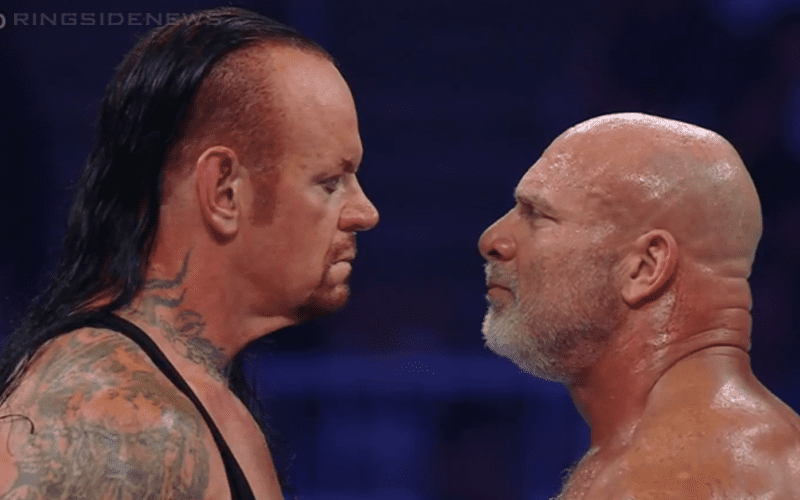 The WWE Super ShowDown event closed out with two legends meeting in the ring, but it did not end in the way most would have liked. Because Goldberg knocked himself silly and there was blood all over. This resulted in some serious botches and Goldberg later apologized to the fans for letting them down.

While some people think that the referee should have called off the match altogether, they carried on. This did not have the best result and tension was said to be very high when they went backstage after the match.

Brad Shepard reports that The Undertaker and Goldberg had a shouting match backstage after their contest was over in Jeddah. This couldn’t have been a pretty scene at all.

A source in WWE told me that Goldberg and Undertaker got into a shouting match backstage at the gorilla position, after their match. #WWE #WWESSD

Only time will tell if we see Goldberg or The Undertaker wrestle again. This wasn’t the best showing so we can only assume if they do perform again it won’t be with each other.