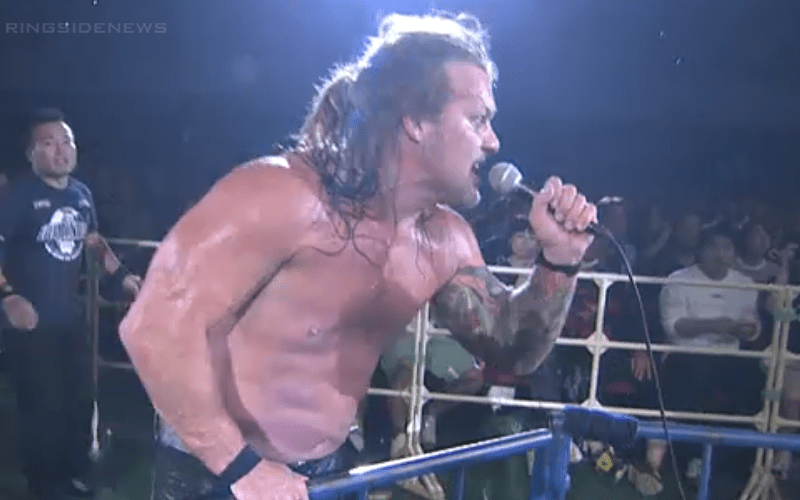 NJPW fans are very dedicated to the product and the traditions of the company as well. Chris Jericho is in New Japan Pro Wrestling to turn everything on its head because he’s that kind of heel.

After his loss at Dominion, Chris Jericho made a big statement as he beat Kazuchika Okada down in a big way. This resulted in Tanahashi having to save Okada and then he led him backstage.

Fans were livid that Okada didn’t stick around in the ring to give a post-match speech as he is known to do. They booed heavily and one fan tweeted out that people were demanding a refund of their money.

Hmmm…. a few Japanese fans around my area yelling for their money back after the main event. Very loud booing when the crowd announcer confirmed the show was finished….. Very different atmosphere to the rest of the show……

Chris Jericho seemed to really enjoy this report as he responded by saying: “Amazing what happens when a heel gets heat huh?”

NJPW hasn’t seen someone like Y2J in a very long time, if ever. He is bringing a ruthless style to the ring and he’s very hard to like in that promotion. Although Jericho might upset the fans a lot, that’s his job and there is obviously still money in him as he lost the match, but ended up gaining a ton of heat in the process.