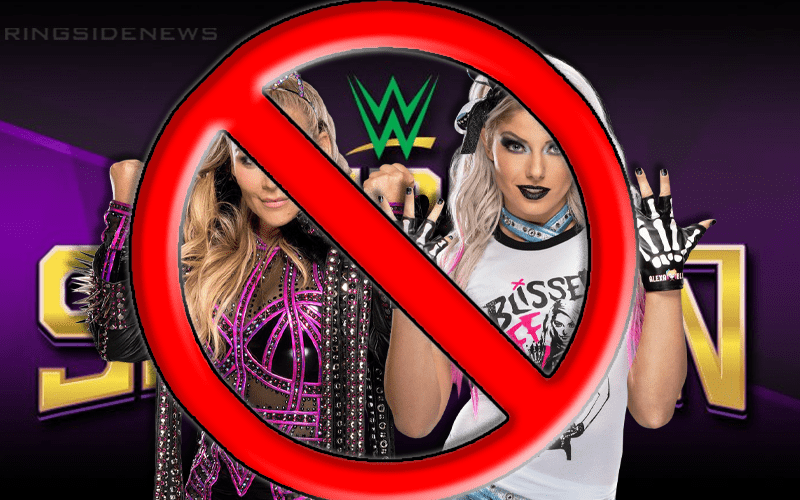 WWE didn’t have permission to let women wrestle at Super ShowDown, but they brought Alexa Bliss and Natalya anyway. They did so in hopes that they would get permission to hold a women’s wrestling match, but it’s not looking likely at this point.

Bryan Alvarez revealed on Wrestling Observer Live that right now they are in Saudi Arabia and preparing for the Super ShowDown event, but they are not planning anything for the women on the show.

It’s not 100% that the women’s match won’t be happening, but right now that match is not in the plans. At least they aren’t discussing it right now backstage, but it might be a worse look for Saudi Arabia since WWE brought women to compete, but they aren’t letting them.

Apparently, Alexa Bliss and Natalya got a very long plane ride just to sit backstage if they are even allowed to attend the event at all considering Saudi Arabia’s customs.