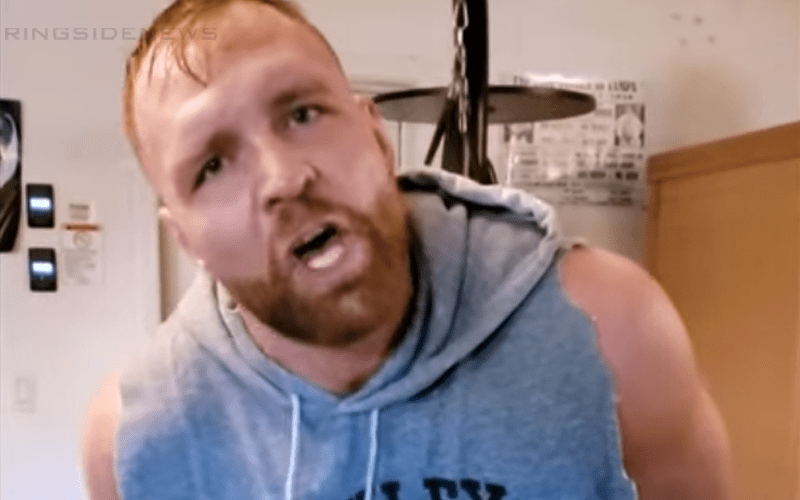 Fyter Fest is the next AEW event and they have a very exciting card planned. This show will be a joint venture with CEO Fighting Game Champions as well, but most of the attention is going to the AEW roster as far as we’re concerned.

Jon Moxley will wrestle his first AEW match at Fyter Fest on June 29th against Joey Janela. Cody Rhodes calls this event an “ambitious, daunting task,” but they are excited to see what happens.

The idea is to get some gamers who might not be watching wrestling anymore back into the fold. If they can change some minds and get people to start watching wrestling who previously weren’t fans or had fallen out of watching then they could have a great opportunity to grow their fan base.

Moxley also had a chance to cut an intense promo on Joey Janela. He said he Shawshanked his way out of WWE without naming his previous employer and he’s going to come at Janela sprinting. At this point, Moxley doesn’t have any other speed except high-gear.

“Joey Janela, let’s talk about that. This man says he wants to die in the ring. Okay, I get it, I get it, but when the Bad Boy Joey Janela said this Jon Moxley didn’t exist in AEW. Things are different now.”

Moxley said this will be like “Amazon Prime for head trauma.” He also said take it from “one guy who gives zero f*cks to another,” as he advised Janela to make doubly sure if he wants to become Mox’s enemy for life.

Fyter Fest could be rather brutal, to say the least. We will have complete coverage of the event at Ringside News.