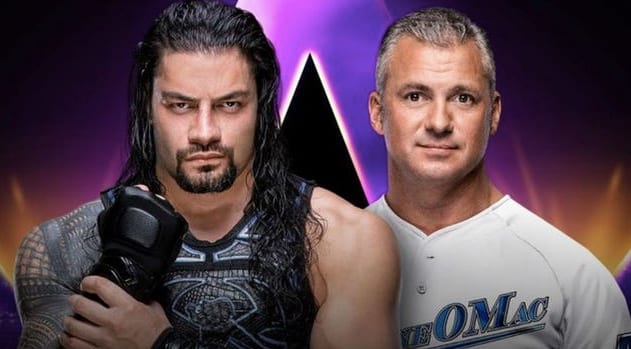 As seen on Sky Bet, the betting odds for Shane McMahon vs Roman Reigns at Super ShowDown have been released.

Shane McMahon has been ruling over WWE as one of the top heels in the company over the course of the last few months, which has certainly divided opinion amongst fans. Still, even with that being the case, it seems like he’s getting the right kind of heat in certain places.

Tomorrow night he’s going to be going one on one with Roman Reigns, in a bout that has been building up on SmackDown Live as of late.

In terms of the odds, Roman Reigns is the clear favourite at 1/6 whereas Shane is the 7/2 underdog. Either way, though, it somehow feels like this isn’t going to be the last match Shane works this year – far from it, in fact.

He seems to be inserting himself into a series of different storylines, which could make for an intriguing few months. Some fans have even suggested that Shane may end up going after Kofi Kingston and the WWE Championship, which would make him the second McMahon to win the title after Vince.

There are going to be question marks regarding what this match is going to look like right up until it actually happens, but even with that being the case, there’s no doubting the fact that there is a certain intrigue behind it. That may not always be for the right reasons, but it should still be a fun match in parts.