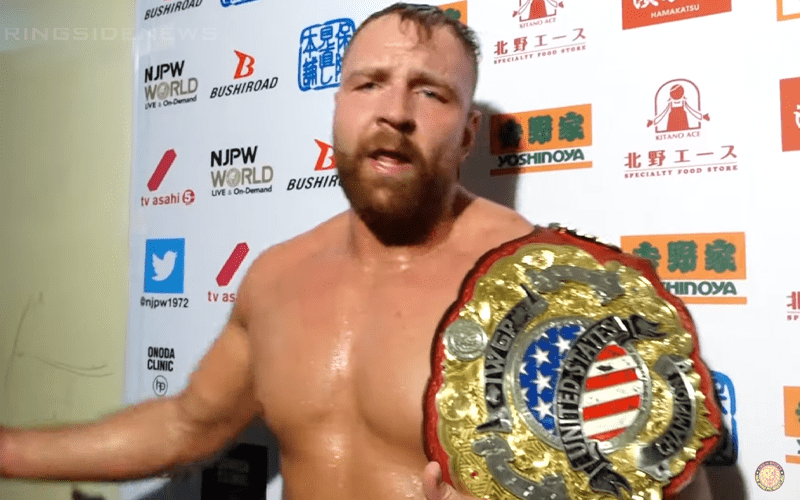 Jon Moxley’s first match in New Japan Pro Wrestling saw him defeat Juice Robinson and capture the IWGP United States Title. It was a brutal match where Juice was busted open the hard way with some stiff shots and he wasn’t happy about it at all.

The promos after the IWGP United States Title match were pretty great to go in line with the match which directly proceeded them. Juice ran in dropping F bombs as he is known to do and he professed his love for Japan and the people there. Then it was Moxley’s chance to cut a promo.

Mox was a bit taken aback because they do literally leave the arena and go straight into interview segments in NJPW. After making a comment about not getting time to catch his breath, Moxley expressed how appreciative he is of this chance to perform in New Japan.

You can check out the entire promo below. Moxley delivered some solid lines and did not stumble. He made perfect sense and also got his point across. The important thing to note is that nobody needed to write a thing for him to say.

It remains to be seen how AEW will handle this new title win by Moxley, but he certainly seems to be enjoying his freedom away from WWE.