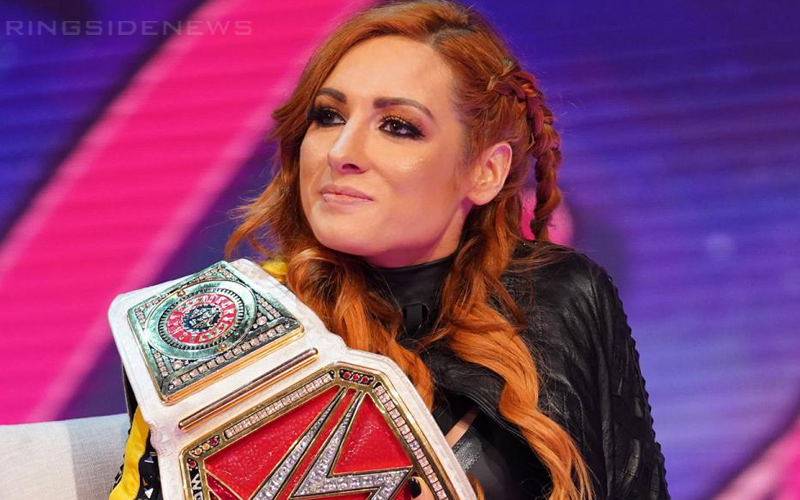 WWE has a lot of options that could play out on television when it comes to their many titles. It appears that three top names gathered on RAW this week for an angle that isn’t over by a long shot.

Lacey Evans came down to confront Becky Lynch, but Charlotte Flair was soon to follow. Evans and Lynch had a match that some have since panned, but it served its purpose.

The Man jumped in and broke the match up causing a DQ to happen. This prompted Mike Johnson on PW Insider Elite audio to theorize that a triple threat match for the RAW Women’s Title could be on the way for those three.

Since Charlotte Flair is on SmackDown Live technically, it looks like this could be another use for the Wild Card Rule. This could be the plan for Stomping Grounds, but they are trying to get Super ShowDown out of the way before booking that pay-per-view which is just two weeks away.

It was previously reported that WWE isn’t doing Lynch vs Flair at WrestleMania this year. Since The Man has a different Mania opponent presumably lined up it seems like they could have Flair and Becky Lynch wrestle throughout the year.

Adding Lacey Evans to the mix might be very interesting as well. Because you never know who will emerge victoriously in a triple threat match situation with two heels going after a babyface’s title.