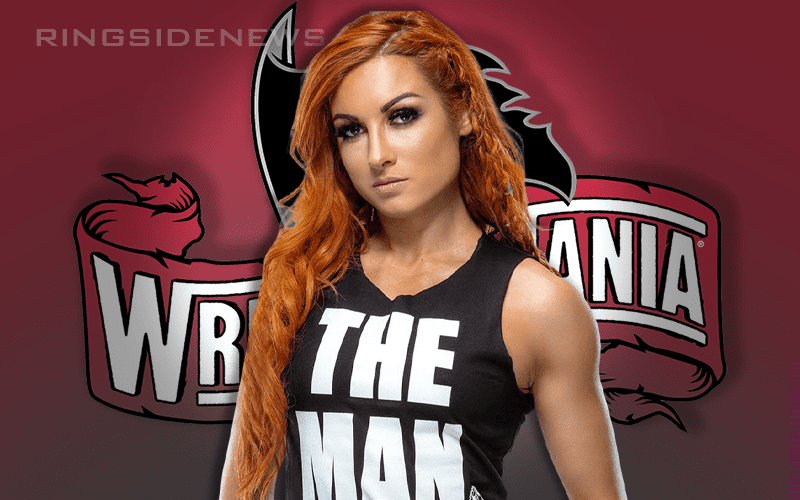 Becky Lynch is still the double champion in WWE, but that’s not likely to last forever. The company is making plans for WrestleMania already and The Man will have a prominent role.

As we previously reported, WWE is doing Lynch vs Charlotte Flair at Money In The Bank because that is no longer in their plans for WrestleMania next year. However, that doesn’t answer who Becky Lynch will be facing.

Although it was not revealed who she will be facing exactly, the Wrestling Observer Newsletter did cancel some options off that list of possible opponents. It is reported that The Man’s opponent will not be Ronda Rousey or Stephanie McMahon.

Regarding the Lynch 2020 WrestleMania plan, the one thing we’ve been told is that the opponent planned right now is not Stephanie McMahon, and as noted not Rousey (although if Rousey wants that spot she would almost certainly get it) or Flair

It is interesting how it was noted that if Rousey wants to make a return then WWE would certainly move things around for her. However, her current impregnation vacation might not be over by the time WrestleMania 36 rolls around.

If Becky Lynch isn’t set to face Flair, Rousey, or McMahon it makes us wonder who WWE might have in store for Becky Lynch. Obviously, it will need to be a bigger name since WrestleMania is their largest show of the year.