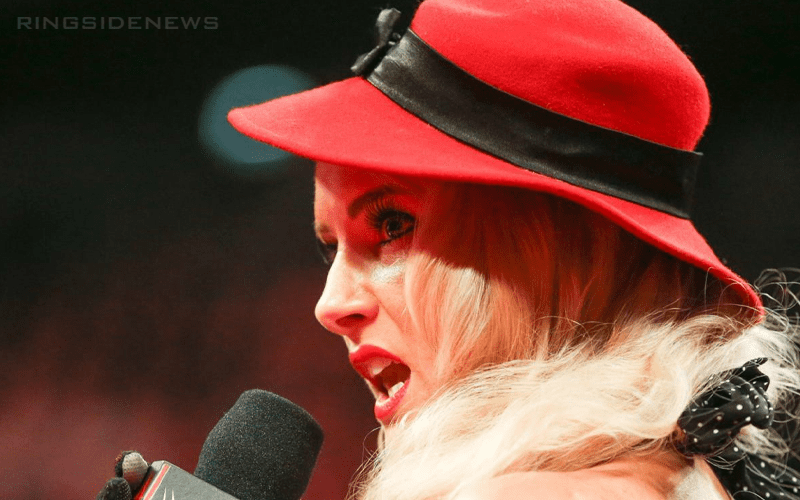 Lacey Evans is the Lady Of WWE and set to be a big star in the company. Her match against Charlotte Flair was very interesting this week to say the least, but it did the trick until Becky Lynch broke it up.

Before that match, Evans had a chance to have a three-way verbal battle with Becky Lynch and Charlotte Flair. The Lady Of WWE praised herself and could have kept going, but then a match needed to take place.

While discussing trash talking in WWE with Sporting News, Lacey Evans admitted that her history with the U.S Marines really helped her develop thick skin. Her father could be rather hurtful verbally as well which helped her as well.

“Let me tell you: three months of United States Marine Corps boot camp and you can trash talk like no other. For three months, from start to finish, the morning I woke up to the minute I went to bed, that’s all they ever did which is where the term ‘nasties’ comes from because in the Marines Corps, it doesn’t matter how fast you were, how smart you were, you were always a nasty thing.”

“They could always find something that wasn’t good enough and whether it was a second too late in a run or if you did a push up too slow, you were a nasty thing. The reason they said that was to always keep you motivated, to keep you working harder.”

“Other than that, my dad had a pretty sharp tongue as well. That really helped me be able to come up with the verbiage needed to keep the crap talking and make everyone else stand down. If you have something to say about me, I promise you, I have three more things I could say back about you.”

We will have to wait and see what Lacey Evans is going to do next. One thing she has been able to prove is that she can hold her own on the microphone and do so confidently. Now she just needs to prove herself in the ring.