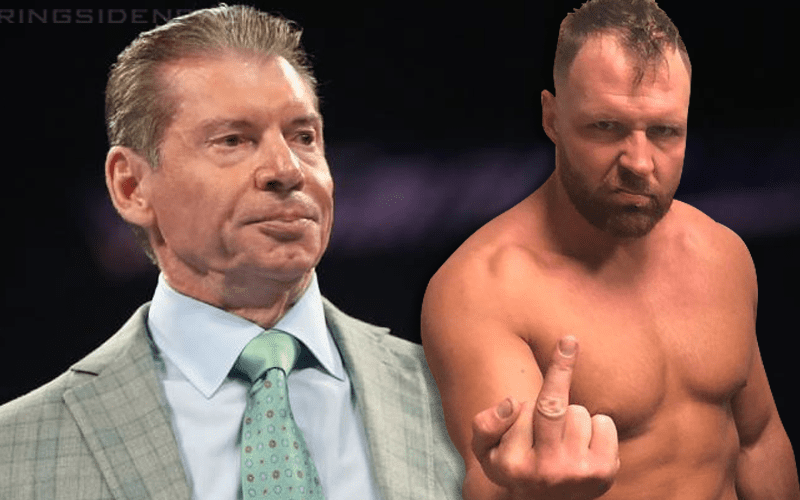 Jon Moxley left WWE after a lot of stress and frustration. This didn’t get better and seemed to only escalate as time went by. Now Moxley is no longer Dean Ambrose and he seems much happier.

Mox had a lot of ideas for WWE that would have helped him improve his character, but writers and producers are so afraid that Vince McMahon will fire them that nothing gets done. However, Moxley is with AEW at this point and can express himself creatively once again.

While speaking to the Wade Keller Pro Wrestling Show, Moxley opened up about why he decided to do that shoot interview with Chris Jericho in the first place. He also explained how WWE treated him like he was “some kind of idiot” for years, but at least he was able to save his money.

“I basically wanted to not just bitch as much as I wanted to — someone really has to really shine a spotlight on exactly what goes on backstage there. Because fans think they know, people like you probably think you know, but you’re not backstage so you don’t really know.”

“So you know I couldn’t help from the inside because they think I’m some kind of idiot or something, but I could sure help from the outside maybe… but also I saved all my money so who’s an idiot now?”

AEW is a very exciting idea for a lot of people and it has already provided Jon Moxley an opportunity to express himself creatively. He said that three promos were filmed within ten minutes after Double Or Nothing which is a lot more than he can say about his time in WWE.

When the time finally comes for AEW to announce their start date on TNT, it will bring a lot of interest. Because fans want to see a version of wrestling that isn’t weighed down with scripts like the alternative.