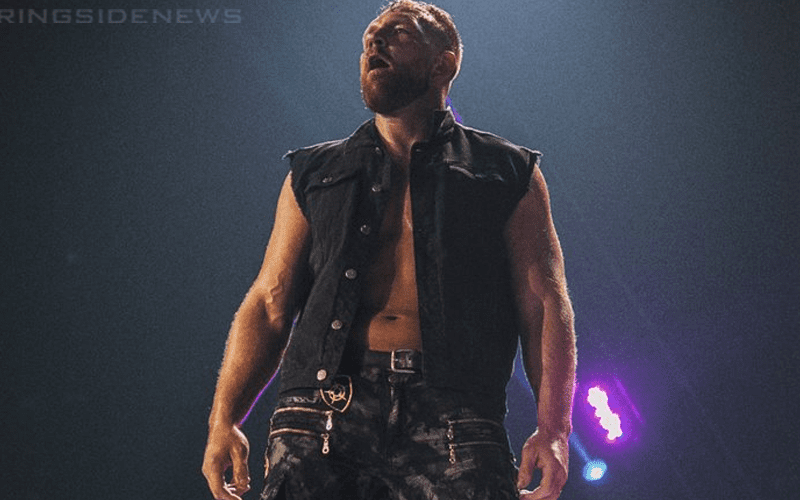 Jon Moxley made his big AEW Double Or Nothing debut and rocked the pro wrestling world at the same time. Shortly after that he cut a promo backstage and had an altercation with Joey Janela.

As Mox spoke to Wade Keller’s Pro Wrestling Podcast he explained the process of making all of those promos come together in AEW. As it turns out the system is much easier than what he experienced in WWE.

“It was so easy. So I texted Cody like while I was hiding out. I was like, ‘hey make sure there is a camera that follows me back after the thing cause we’re probably gonna want a backstage promo.’ Just a camera in a hallway whatever. He’s like ‘Cool.’ So there’s a camera waiting for me when I’m walking back. He’s like ‘Do this promo?’ I’m like ‘yeah, let’s do it.'”

“Press record — two minutes later, one take, said what I wanted to say. There’s your promo. That easy. Done and done. No writers needed no approval needed no — just that’s how it’s supposed to be. Just point the camera at me and press record.”

“It’s just like: ‘Hey that’s cool’ — ‘That’s even better’ — ‘Cool’ — ‘Okay’ it’s just that collaboration with all these cool dudes cause we know what’s good and what’s not, you know what I mean?”

“There’s another one I don’t know if it’ll air yet, this comedy thing and 30 seconds later another one in the can. Within ten minutes I accomplished more in the last six months in WWE.”

AEW will be putting out a product that is much different from WWE. If anything, it seems that WWE will be putting on the same type of product we have grown to expect from them if RAW and SmackDown this week is any indication of things.