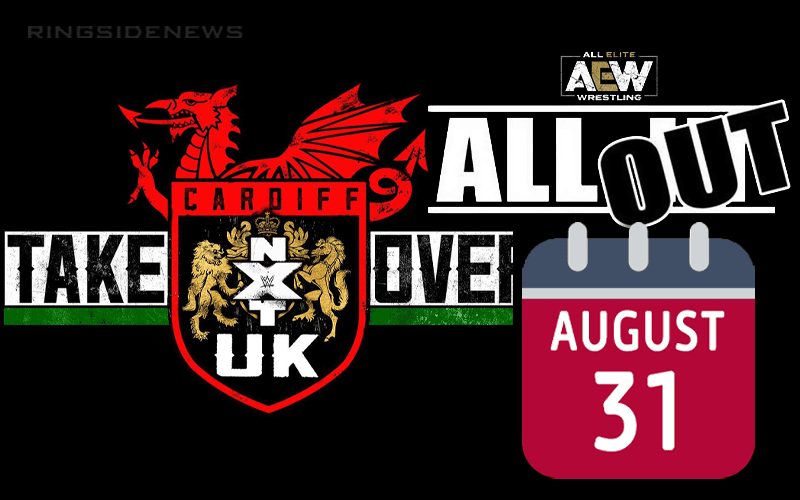 AEW and WWE are at war whether they want it or not. So every little thing each company can do might influence fans in other direction.

WWE made a very interesting decision when they announced their next NXT UK TakeOver event for August 31st. That is the same day as AEW All Out. Now there will be a 2 1/2 hour wrestling show on the afternoon before a tent pole AEW pay-per-view.

The 8/31 date for the NXT UK Takeover in Cardiff, Wales had been locked in for several months before it was announced tonight.

The shows won’t likely conflict when it comes to time because NXT UK TakeOver: Cardiff is slated to start at 3:00 PM EST where AEW All Out will likely start at 7 or 8 central time. However, it is still very interesting that August 31st is getting so much pro wrestling love this year.