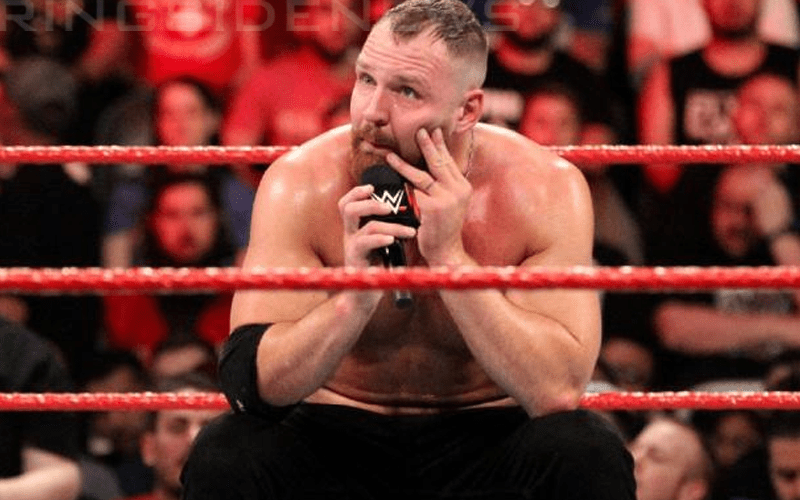 Jon Moxley is no longer in WWE, but he wants the best for the product. His wife and friends still work there so obviously he wants them to be happier. Mox was not happy at all which he was very open to speak about during the Wade Keller Pro Wrestling Podcast.

WWE is arranged with a lot of moving pieces surrounding Vince McMahon and his ever-changing whim. If he doesn’t like anything about a particular segment he will have it changed. Often times that requires them to re-do something completely. It also could mean that someone loses their job.

Moxley explained how WWE can fix things, but it won’t be easy. Because to fix what is wrong with WWE might take the focus off of the very person who is ultimately to blame for the product’s decline.

“It is very institutionalized, but I think it could be fixed very quickly. For instance, if I’m gonna do a one-minute backstage promo they need to find a place to do it if it’s during the show I don’t care we have six hours to do them, but we’re doing them during the show and we’re getting busted by sound and music playing. So you gotta have a lighting guy over there and a sound guy over there and the lights set up and it takes a team of six people and those guys are all pros and they’re really good at their job and they make it look great. If one little thing is off Vince will make you re-do it.”

“There will be times when it’s like two hours later they’ll say Vince saw something in the shot he didn’t like you’ll have to do it again and we’ll have to go back and do this again. That’s stupid.”

“It would be very easy to just film it however it is like real sports. In the locker room someone might walk by in the background, it doesn’t ruin it. The shot’s still usable, but you know for instance those backstage promos can get approved by one of the more top writers, but even after you’re done you have to sit there and wait fifteen minutes for one of the top writers to come over, watch it, and give his okay. He’s only going to give his okay if he’s 100% sure he thinks Vince is gonna like it.”

Hopefully, WWE will be able to turn things around. They are experimenting with different techniques, but it’s unknown whether that will actually go to change anything.

As AEW’s television debut on TNT draws closer WWE has a ticking clock to correct things to either keep their audience or bring in some more viewers. We will have to wait and see, but WWE certainly needs to take advantage of the precious time they have before some real weekly competition arrives.