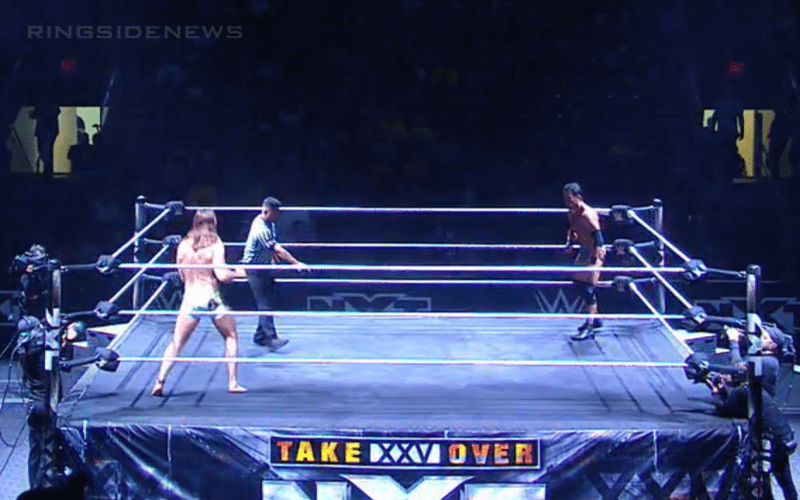 WWE is trying everything they can to freshen up the look of their television shows and specials. NXT TakeOver: XXV was no exception at all.

If you noticed the lighting seemed to be a bit different throughout the NXT TakeOver: XXV special then you’re not alone. Because the company was indeed trying out new things.

Triple H stated during his post-NXT TakeOver: XXV media call that they were experimenting with several different lighting techniques throughout the show. They will be looking things over later and deciding if they want to run with any of them specifically.

They can do a lot with the lighting rigs that they have at their disposal. Therefore, it is possible to give any match a different feel by the color and position they choose for the lighting above the ring.

Only time will tell if fans will see this change on WWE’s main roster shows, but it seems like they are attempting new things for NXT.