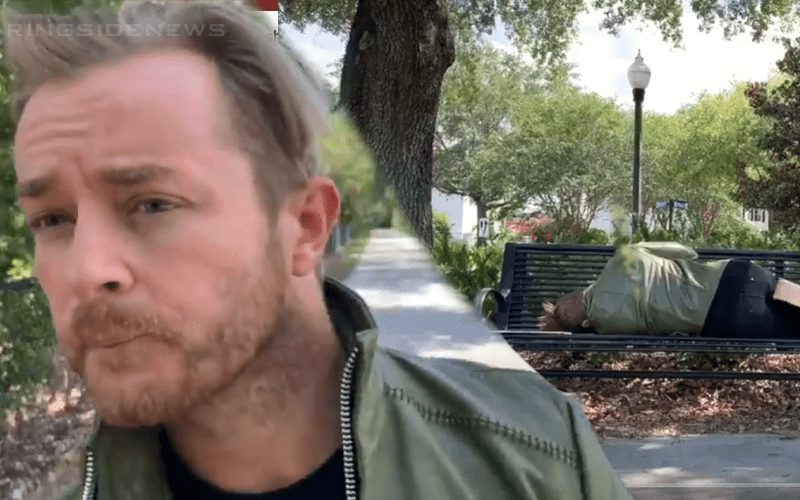 WWE’s introduction of the 24/7 Title has given Superstars something to really play off of creatively. R-Truth already blessed the IWC with his parody of Old Town Road while Drake Maverick is continually in search for that title.

Maverick has previously uploaded videos where he searched through fans outside the building waiting to see WWE action live. So far he hasn’t been able to find R-Truth or the 24/7 Title.

WWE could be gearing up for some title changes on social media because they’re discussing the options. In the meantime, Drake Maverick isn’t giving up. He’s apparently sleeping on benches and hitchhiking for a chance to run into R-Truth.

Maverick uploaded yet another video to social media and it is quite sad to watch. The former Rockstar Spud is mighty lonely as he looks for the title that still alludes him.

You can check it out below and keep your eyes peeled for R-Truth. Because if you find him then let Maverick know on social media. Hopefully, Maverick’s search will be over soon enough, but if he gets desperate he can always buy a WWE 24/7 Title from the official shop because they are selling those now for 350 bucks.