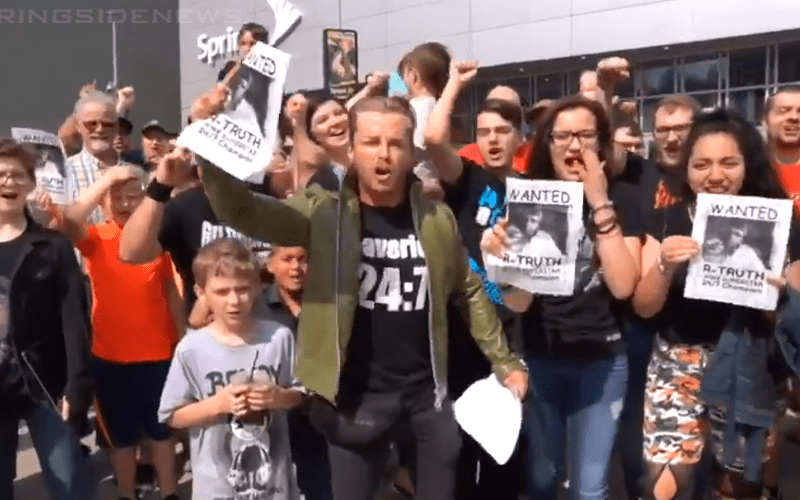 WWE introduced the 24/7 Title last week and it took about 24.7 seconds until the IWC was flooded with hate for this new title. It was at the “suggestion” of the USA Network anyway, but R-Truth is making the most of it with a catchy music video.

24Drake Maverick is also getting into the 24/7 Title spirit. He is always on the lookout for the new title and R-Truth. He put up wanted posters on Tuesday last week, but he took it to the people this week before RAW.

WWE is in Kansas City for the show this week and fans who showed up early to get in line got a special treat. Because Drake Maverick came out on the search for the new title. He was showing his wanted signs and asking around. Still, he got no leads.

It is also important to note Drake’s “Maverick 24:7” t-shirt. That is a wonderful touch.

Maverick also posted another video where he was going around asking for help. It was quite hilarious and he’s getting the people behind him. Eventually he rallied the crowd to chant: “RUN TRUTH RUN” which is exactly what Ron Killings plans on doing.

He might be able to eventually track R-Truth down, but he’s obviously not getting anywhere asking around for tips.