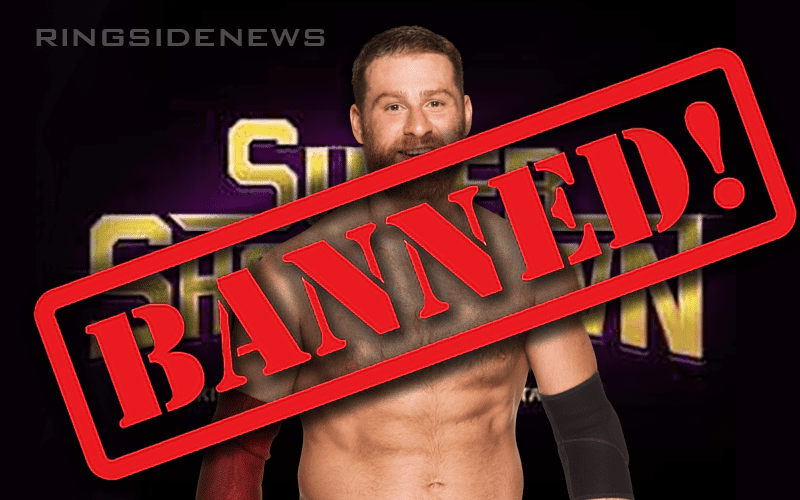 WWE’s decade-long deal with Saudi Arabia is a rather controversial one and there are a few reasons why people don’t like the fact that WWE is in bed with the Saudis.

Kevin Owens, Daniel Bryan, and Aleister Black are not going to the WWE Super ShowDown event on June 7th, but they all have their own individual reasons.

Daniel Bryan morally objects to the event, Aleister Black isn’t allowed to go because of the religious themes in his tattoos, and Kevin Owens was asked by his family not to go along with the fact that he is upset at the treatment of his long-time close friend Sami Zayn.

This is something we’ve known without it being officially reported for a while, but The Wrestling Observer Newsletter confirmed that Saudi Arabia has banned Sami Zayn from going to the their country because of his Syrian heritage.

Zayn, who the Saudi Arabian government told WWE they didn’t want him on the show due to his ethnicity.

Saudi Arabia and Syria have a long-standing feud that is not kayfabe at all. The Saudis hate the Syrians and apparently, they have no way to differentiate Sami Zayn from their hated enemy.

Therefore, since Sami Zayn is a Syrian Muslim he is not permitted to travel to Saudi Arabia. He wasn’t allowed to go to the Greatest Royal Rumble event for this same reason. He as injured during the WWE Crown Jewel event so it was a moot point, but now that he’s cleared and able to work that doesn’t change KSA’s stance on Syrian performers.