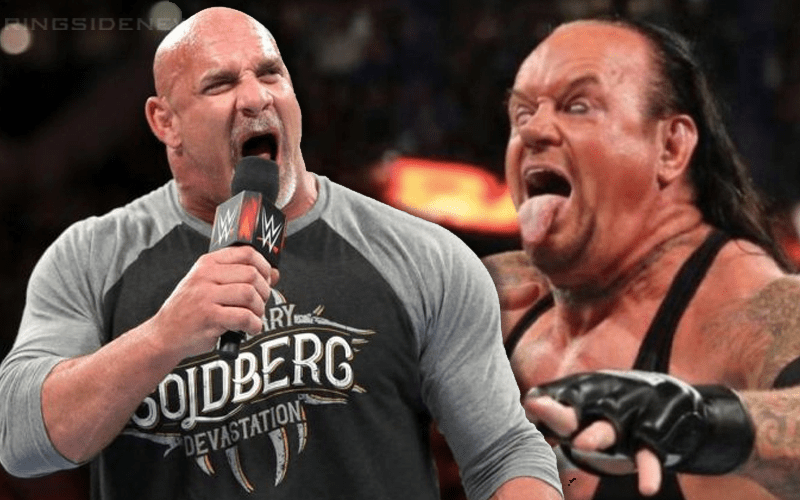 WWE couldn’t quite make Goldberg vs The Undertaker happen while the two legends were in the company at the same time previously. However, Saudi Arabia’s money is making sure the match goes down.

Goldberg seems more than ready to take on The Dead Man at WWE Super ShowDown. He said that all hell will break loose when those two legends get a hold of each other.

In 10 days we meet face-to-face ……… then all hell breaks loose. Hope you’re ready…

It wouldn’t surprise anyone one bit if Undertaker and Goldberg’s entrances are twice as long as their match, but that is what WWE booked for their big KSA event.

Regardless, those two legends alone will undoubtedly bring a lot of attention to the event. Let’s just hope everything goes as planned.