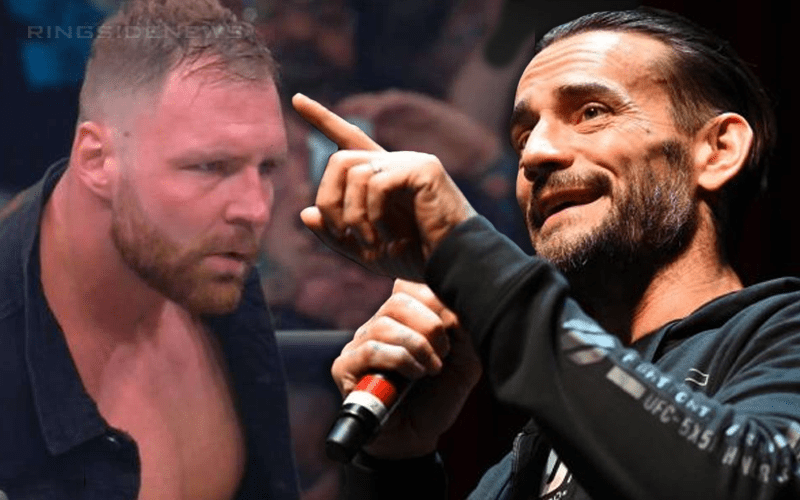 Jon Moxley walked out of WWE, but he did it the right way. Instead of leaving while under contract he simply made the decision to let his contract expire. That way he gets to keep his royalties.

25 Years Later had a chance to speak with the former Dean Ambrose. When asked about his famous Talk Is Jericho podcast it was brought up how a lot of people compared him to CM Punk who went on Colt Cabana’s podcast after leaving WWE.

Mox explained that his reasoning for going on a podcast for a tell-all was for the opposite reasons as Punk. Where CM Punk seemed to get burned out of pro wrestling, the frustrating experience only made Moxley want to wrestle more.

“A bridge is never burnt in WWE. Vince [McMahon] would have me back tomorrow and would love it if I came crawling back to him. I think Punk had a lot more personal animosity towards WWE and specific people. I don’t know every detail of his story and I haven’t spoken to him since he left WWE. His experience drove him to not like wrestling anymore, I think. For me, I wanted the exact opposite. I just got pro wrestling back after losing it years ago.”

“I’m like ‘Whoa, I’m back in the game, here we go!’ I wanted to make sure that people knew that there’s no bitterness and that my love of wrestling and my desire to perform for the fans, my desire to meet and exceed their expectations and my love for the fans has only gotten bigger. They have stayed with me through thick and thin and they’re going to follow me wherever I go. Now they’re AEW fans. They can still be WWE fans but they’re AEW fans too.”

“Not trying to come off as arrogant but that’s a lot of fans that are now following AEW. We’re garnering a huge fan base and we’ve only done one show. It just so happens that the one show we’ve done was fucking awesome. Even if this whole thing goes fucking tits up and we never run another show, that was one helluva show. But we’re going to run more shows, a lot of shows. We’re running a show June 29th in Daytona Beach, Florida, me vs Joey Janela. That’s a beautiful, ugly mess (laughs).

Moxley vs Joey Janela seems like a match fans could only dream about, but now it is going to happen at Fyter Fest. AEW is providing Jon Moxley with an opportunity to put his own spin on everything which will make it unique.

Fans might gravitate toward AEW for Moxley, but there are plenty of reasons to root for both companies. Hopefully, this war between companies will only help everyone improve the quality of pro wrestling all around.