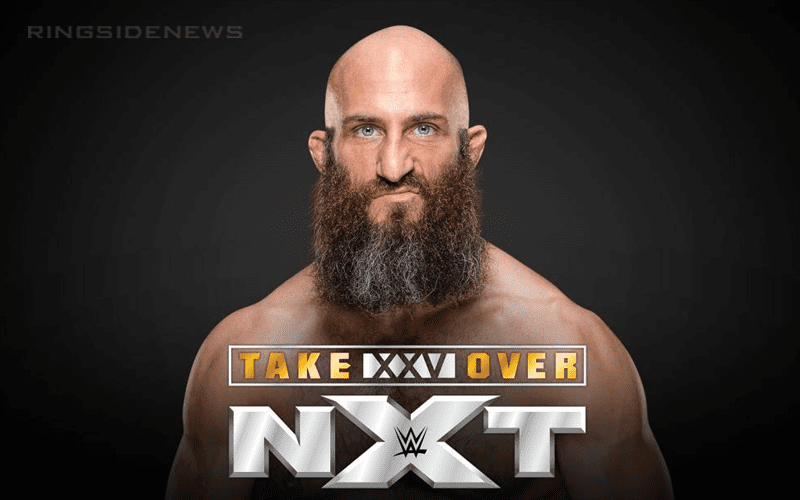 Tommaso Ciampa very well could still be the NXT Champion right now, but he had to relinquish Goldy when he needed a neck surgery. Now he is coming home for the 25th TakeOver in NXT history.

He might have a long road ahead of him before being cleared for a return to the ring, but the former NXT Champion will be on hand for the NXT TakeOver: XXV kickoff show. The show starts at 6:30 PM live on the WWE Network.

WWE released a statement about Ciampa’s TakeOver appearance as it will be the first time he’s been on NXT television since his operation.

Tonight will mark Ciampa’s first appearance on WWE Network since he joined former #DIY teammate Johnny Gargano in celebration after Gargano’s NXT Title triumph at TakeOver: New York. Ciampa relinquished the NXT Championship in March due to a neck injury and has been out of action ever since.

Current NXT Champion and Ciampa’s former partner Johnny Gargano will battle Adam Cole at NXT TakeOver: XXV. Although Ciampa would likely rather be wrestling tonight he’s also very likely to be rooting on his DIY teammate just as hard.

Ciampa has been making some great progress in his recovery. However, he won’t be wrestling tonight. It will still be great to see him and maybe he can update us on his expected return date.