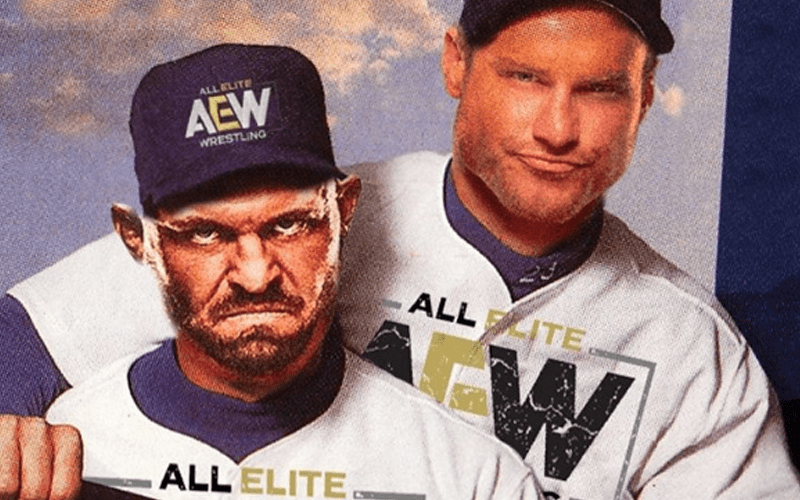 Dolph Ziggler has a very big opportunity at WWE Super ShowDown. This event is in Saudi Arabia as part of the second year in a ten-year deal between KSA and WWE which is further proof that WWE isn’t going anywhere.

Ryback is keeping up with WWE because he still has some friends in the company. This is why he really cares about what is going on and how WWE treats their Superstars. He would like to see a wrestlers’ union started and hasn’t been shy about this either.

The Big Guy posted a very interesting picture of himself and Dolph Ziggler in baseball uniforms that say AEW on them. This was accompanied with a caption that seemed to indicate that if Ziggler doesn’t pick up a win in Saudi Arabia that Ryback and The Show Off will be reuniting elsewhere.

If @heelziggler loses in Saudi, Bash Bros reunite. These ain’t those fake bats either

This is notable considering the current climate in the pro wrestling landscape. The Big Guy has previously commented about how he needs to get a little bit of healing done and then he’ll be back in the ring.

You never know if AEW could be a possibility for both Ryback and Ziggler down the line. At least this post seems to indicate that it’s not out of the question.

In the meantime, it appears that Ziggler will keep playing ball for WWE while he works the road as a stand-up comedian at the same time.