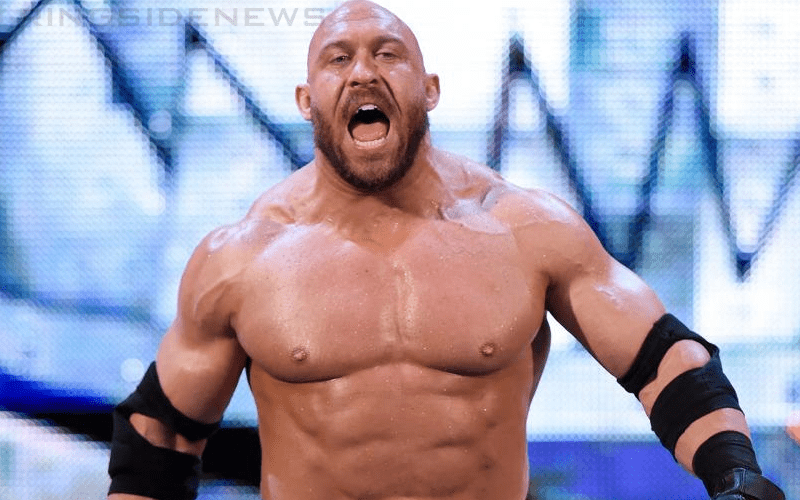 WWE Superstars live very active lives and it is a wonder how they keep going. Ryback claims that WWE is doping them.

We previously reported that Ryack was very open about how WWE made his drop a malpractice lawsuit against them. This caused Ryback to have an issue that he will never get over because he has to live with a bad ankle for the rest of his life after a botched surgery.

The Big Guy expanded on this story and he didn’t hold back at all about what went down.

I have permanent ankle damage from a botched surgery and @JaneGeddes called per @wwe and threatened my job before HIAC with Punk if I didn’t drop the multi-million dollar malpractice suit. I now have to deal with those ankle repercussions forever. They are a bunch of goons there

One fan wrote back to Ryback on Twitter saying: “And it goes to show that they are so uncreative and unwilling to give anyone a shot in times of injuries, that if one guy gets injured, no else is over enough to replace then cuz they’ve been booked to look likes losers for a long time.”

Ryback replied by expanding on his allegations against WWE. He said that the company also pumps their Superstars full of steroids and anti-inflammatory drugs to keep them going.

Another MAJOR issue is the company pumping talent full of Cortisone, Toradol and other drugs to keep talent going week to week wrestling 4-5 times at a high level. There is a better way than their current model and it must be found.

This is a very interesting and a heavy allegation to throw down, but Ryback has not bee shy whatsoever about WWE’s policies as of late.