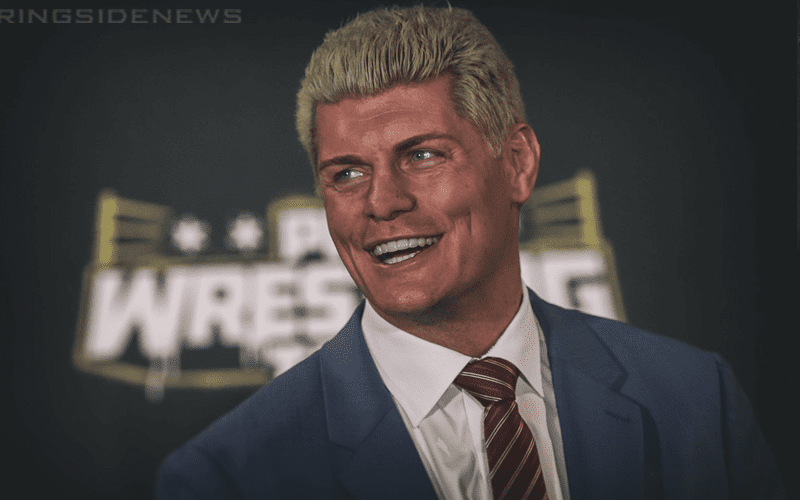 AEW Double Or Nothing was a great success so far. We are still waiting on the official pay-per-view buy numbers, but all signs point to a very good result.

The new company was even mentioned during WWE RAW and whether Sami Zayn was supposed to say that or not is still a matter of controversy. One thing is for sure, it did wonders for AEW’s Google search traffic on Monday night.

As Cody Rhodes spoke in the media scrum following Double Or Nothing he addressed the idea of AEW having tent pole events. WWE has their Big 4, but AEW might consider a different idea. Because pay-per-views are not cheap at $50 a pop so the new company doesn’t want to put on a big show unless it’s worth it.

“So, I think you probably look at Double or Nothing and All Out as tentpole events, and there may be another one. We’re not going to do a pay-per-view every month, and I realize that it was $50, and if you ask people to part with their money, you got to make sure that it’s worth it.”

Some fans would gladly pay $50 a month to watch a two-hour AEW wrestling show, but The Elite aren’t at that point just yet.

We can probably expect for All Out or maybe Fight For The Fallen to be available through some kind of pay-per-view or streaming. All Out and Double Or Nothing are great starts as tent-pole events and there will likely be many more to come.