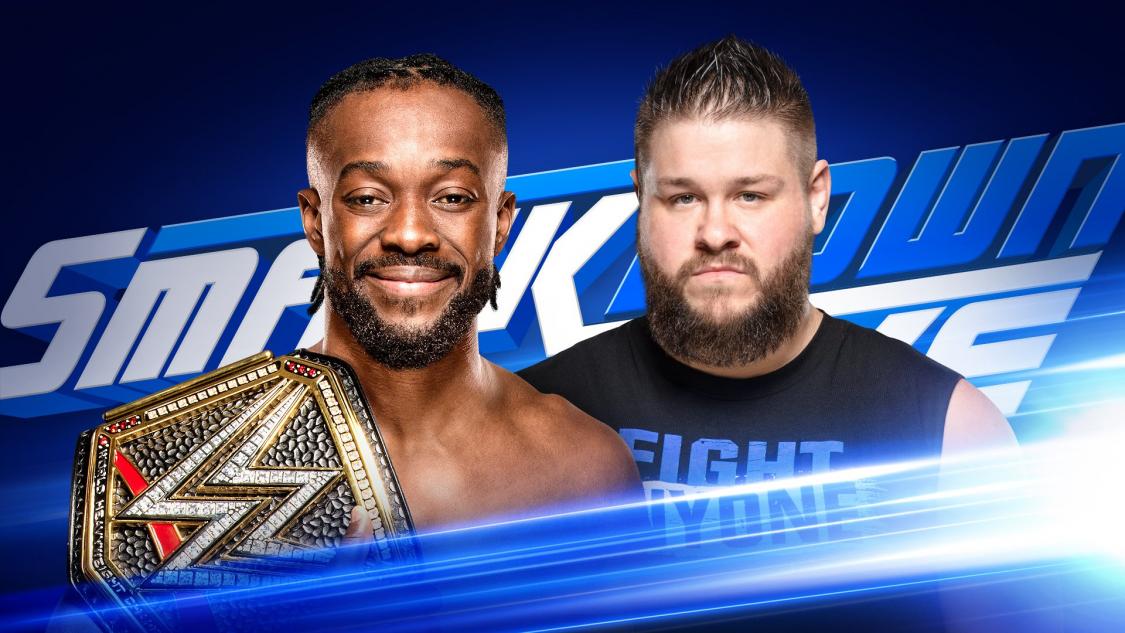 Truth was backstage and he avoided getting pinned by Jinder Mahal. Then R-Truth hid in a photobooth backstage while 205 Live Superstars, The B Team, and Matt Hardy went running by to look for him. Drake Maverick ran around the corner just as Truth was walking out of the photobooth and they smashed into each other. Once Drake realized he smashed into Truth they both went running off.

They showed a backstage promo with Aleister Black where said that people are waiting for him to pick a fight with anyone. Black said he is sitting there and waiting patiently for somebody, anybody to pick a fight from him.

Shane said that Drew McIntyre is his best friend and this segment is his idea. Elias was there too and the ring had a red carpet on it. Shane said he came back to help run a family business and he talked about putting smiles on faces before saying that he has something to ensure that smiles are put on faces. Then they aired a Shane-O Mac hype video.

Shane put Kevin Dunn over for the video before saying that there’s no reason to boo Kevin Dunn. Then Elias sang Shane a song about how McMahon is the best.

R-Truth and Drake Maverick ran in the ring to interrupt the song and then Truth pinned Elias. Then Elias and McIntyre beat Truth down. Elias hit a Drift Away and then McIntyre hit a Claymore Kick.

Then Shane booked a tag match with McIntyre and Elias vs Truth and Roman Reigns. Shane also said he’s suspending the 24/7 rules until their match is over.

This match didn’t go very far before Charlotte Flair (who was on commentary) had a chance to taunt Bayley at ringside after Evans heaved her to the floor.

Bayley eventually fought back, but Evans kicked out at two. Evans kicked Bayley down in the corner before dabbing her sweat with a handkerchief and throwing it at Bayley.

Evans went to the apron and Bayley racked her neck over it as they move to the floor. Lacey almost got the pinfall, but the referee was distracted. Then Bayley turned it around and got the win.

Andrade cut a promo on Finn Balor backstage. His English has gotten so much better. His hard work is obviously paying off.

Truth was taken out before the bell, but Roman took control and then he tossed Elias in the ring to lay the smack down on The Drifter.

Then Elias created some separation to get the tag off to Drew. Finally, Reigns hit a Samoan Drop on Drew and tagged in Truth.

Drew laid in a Glasgow Kiss to Truth and then went outside to hit a sick slam on Truth to the apron. They returned to the ring and Elias got the tag. R-Truth fought out of a rest hold, but then Elias clubbed him across the back and tagged Drew back in.

The heels tagged in and out with each other as they took turned laying it in on R-Truth. Finally, Truth found a chance to tag Reigns in so he did.

Roman started cleaning house with Elias and he hit a clothesline before knocking Drew off the apron. Roman laid in some short clotheslines in the corner and hit a big boot on Elias before gearing up for a Superman Punch which he hit on Drew on the apron. Then Roman threw Elias outside to run around and hit a driveby.

Roman grabbed Shane McMahon, but he dodged and missed McIntyre’s Claymore Kick. Then Roman hit a spear on Elias and got the win.

After the match was over, Reigns nailed another spear and then he encouraged R-Truth to pin Elias to win the WWE 24/7 Title again.