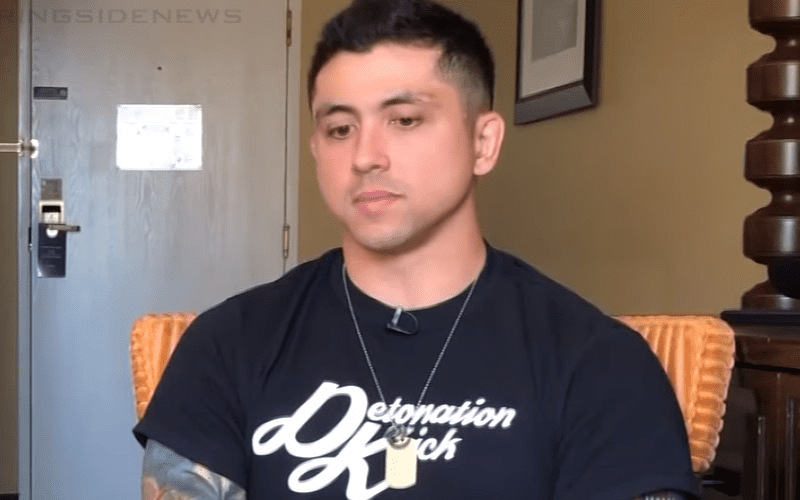 TJP has kept himself out there since being released from WWE. He’s experiencing the indies now in a way he never thought was possible while being under contract with a company.

Perkins is still rather busy on the indies as he is getting regular bookings all over the country. The day after his Starrcast appearance he had to head up to Toronto for a show and that was just a fraction of his schedule as he explained to Chris Van Vliet.

Perkins contributed how good the indies are to the amount of talented individuals who are working the road.

“It’s weird because I don’t know I’ve been off of doing the indies for so long I don’t know of any time I would have taken the time to just do it for six months or something.”

TJP moved from one company to another including Impact Wrestling and ROH before finally landing in WWE. There hasn’t been a time when he hasn’t been under contract for a while and while he was working the indies started a big booming period. However, just because he is a former WWE Superstar, TJ Perkins said it hasn’t really helped him get bookings just on WWE’s name alone.

“The thing is a lot of people they think of me as the wrestler I was before WWE in a lot of ways. Not like they tune that out, but I don’t get a lot of people who are like excited just to put the words ‘WWE Superstar’ on like a flyer like that. They’re trying to get the me that was in New Japan before they started their company or something. That’s like a breath of fresh air because I’m not a big fan of me so I didn’t know if that type of stuff mattered and it’s been long some of those places. Twenty years go by so fast and some people maybe I just thought didn’t know anything about my work.”

TJ Perkins had to leave after Starrcast and catch a wrestling show on the road so he wasn’t around for AEW Double Or Nothing. It still makes you wonder if TJP could be a possible addition to their roster eventually. Because The Elite might let TJP work with them and take dates elsewhere.